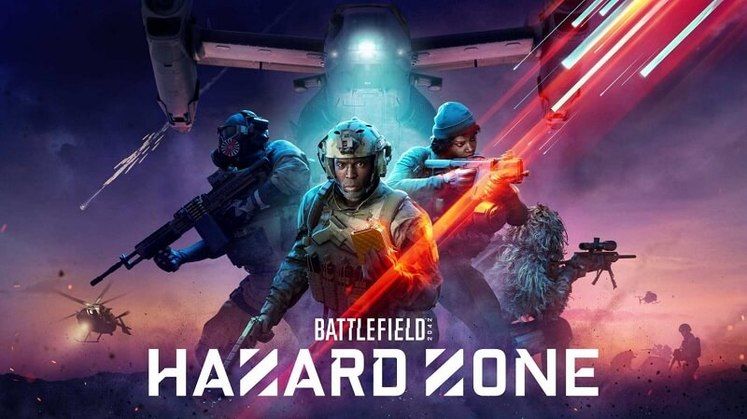 Battlefield 2042's Hazard Zone mode was officially revealed today as a squad-based PvPvE mode that pits up to 32 players (24 on last-gen consoles) against each other and AI-controlled forces. Playable on each of the game's 7 launch maps, it revolves around collecting Data Drives and extracting with them, rather than eliminating opponents.

Battlefield 2042's Hazard Zone mode groups players in squads of four, each match beginning with an overview of the mission area, informing you which parts of the map have a higher likelihood of containing Data Drives, enemies, and Uplinks used to call in reinforcements or revive dead players. 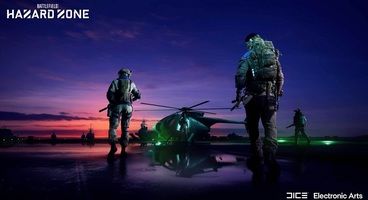 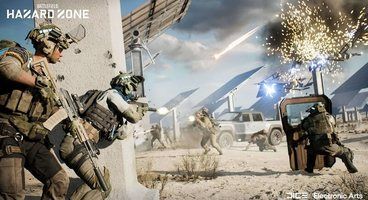 The details leaked by DualShockers' Tom Henderson prior to the official announcement proved true, as squads cannot have duplicate specialists while players can Dark Market Credits, a currency specific to Battlefield 2042's Hazard Zone mode, to purchase equipment prior to heading into matches.

If you're low on Dark Market Credits, every specialist starts with an assault rifle that has no attachments, so you won't have to resort to punching people. The currency can also get you Tactical Upgrades that further improve your capabilities. The developer detailed in the mode's deep dive article five of the 15 available at launch:

Once you're in the actual match, you'll need to work with your squad to grab as many Data Drives as possible. As you roam across the map you'll encounter AI-controlled soldiers defending them but also other players who're also looking to obtain them. As the match progresses, capsules containing more Data Drives drop in certain areas of the map, but the storm that gradually overtakes the map will also increase in intensity.

Ammo boxes are scattered across the map as are Uplinks that represent the sole way of bringing a dead squadmate back to life. If your entire squad dies, you lose the match.

There are only two opportunities to extract during each Hazard Zone match. The first one becomes available shortly after the match starts, while the second can be accessed "as the storm approaches its peak."

The more Data Drives you collect, the more currency and experience you get at the end of the match and, yes, progress in the mode is reflected in your overall account level, weapon unlocks.

The developer estimates that Hazard Zone matches can take anywhere between 5 and 20 minutes, depending on playstyle and which extraction opportunity you target. You can learn more about it in the deep dive article on the Battlefield 2042 website linked above.