Deliver Us Mars Preview: Deliver Us the Moon follow up is looking light years ahead 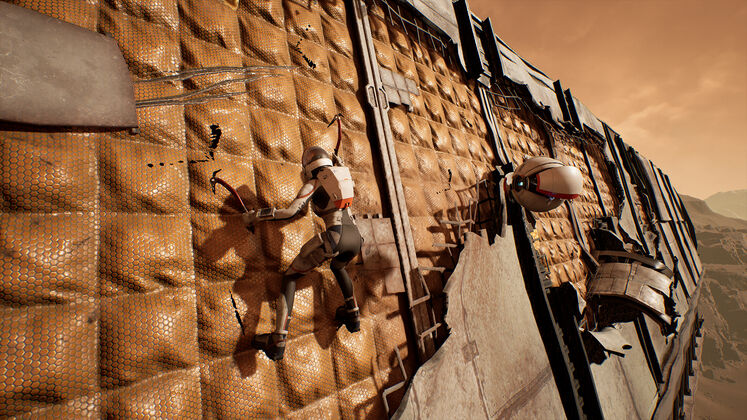 How best to build a sequel for an understated hit of a game? Perhaps KeokeN Interactive has the right idea with Deliver Us Mars, the follow-up to Deliver Us the Moon.

Deliver Us Mars is, on paper, a proper sequel, but its story works in a standalone fashion, and KeokeN has big ambitions for a bigger scope. From what I’ve seen, I’d liken the jump from Moon to Mars as large as the one between A Plague Tale: Innocence and Requiem. The same underlying formula, with a lot more blockbuster goodies layered on top. It’s an increasingly welcome trend to have smaller names in the development space bridging the gap that exists below the heavyweights of the industry. Hopefully, Deliver Us Mars continues that trend in the same positive manner.

In the unending quest to bring humanity back from the brink as Earth dies, a mission to Mars is arranged in order to recover vital equipment long left behind, and hopefully save our home planet.

10 years after the events of Deliver Us the Moon, we are put in the moon boots of astronaut-in-training Kathy Johanson. She’s supposed to be on this mission to retrieve the Earth-saving tech, but she has a conflicting agenda. She believes her long-lost father is on the red planet and wants to investigate. With the group in a race against time to recapture their objective, Kathy’s own personal mission is likely to get in the way. 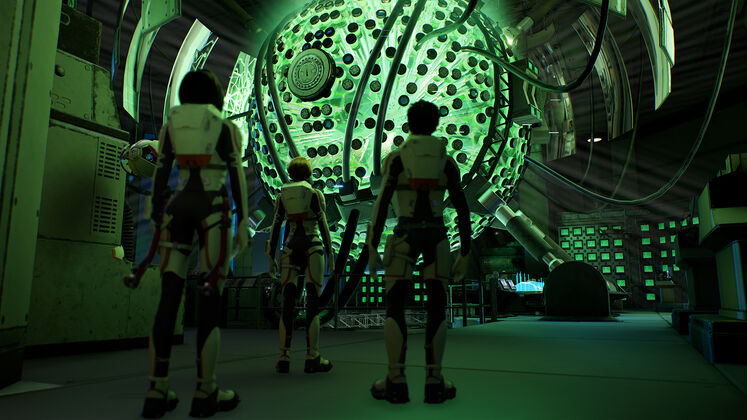 There's more to explore this time around

The gameplay preview we saw consisted of two sections of the game. One features Kathy navigating an ARK, one of the vessels key to saving Earth. The other is set at a crash site, and was the more extensive part of the showcase.

Even from the briefer part of the preview set in the ARK Habitas, it’s clear where Deliver Us Mars, and indeed KeokeN, have stepped up their efforts from Deliver Us the Moon. Moon was concise, straightforward, and on the downside of things, a bit limited in what it aimed for mechanically. In just a small glimpse of Deliver Us Mars, it’s clear much has gone into rectifying that.

This game adds higher production values, proper traversal, and large complex environmental puzzles to name a few obvious upgrades, and it’s to KeokeN’s credit that it almost feels like this series was always supposed to be this (relatively) grandiose. I must say when I saw the plot for Deliver Us Mars, I was slightly concerned for it because the rather similar Mars-based narrative mystery of The Invincible. Thankfully, from what I’ve seen of both, there’s a clear difference in tone and direction, even if the setting naturally makes them appear like the same thing at times.

The preview’s greatest attraction featured Kathy driving an RV across the dusty surface of Mars to the wreckage of a habitable environment called Labos. This is the perfect showcase for her climbing skills. It may be the future, but Kathy takes some retro influences from one Lara Croft by using climbing axes to work her way across the mangled corridors of Labos. Eventually she comes across a puzzle that shows its teeth the further you go.

The developer promises puzzles will start small and grow in scale, and this is a great example of that. It begins with a simple shuffling of items to get past the first barrier before moving onto more climbing towards the next segment of the puzzle, which changes. It’s a mixture of logic and dexterity that works quite well in the relatively minor glimpse we got of it. 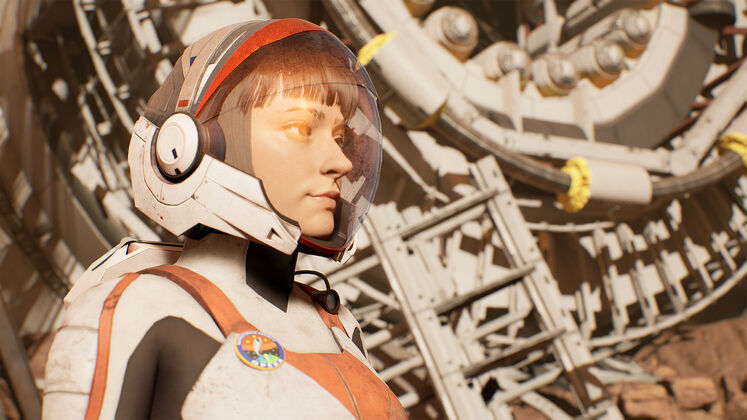 Kathy's story is only part of the mystery

I think the fact it captures that winning AAA formula of traversal x puzzle x set piece is sure to prove Deliver Us Mars can hang with the big boys in its own way without compromising on the more intimate feel that comes from smaller teams creating a video game.

What worked for me the most here is that Deliver Us Mars’ best balancing act seems to be in its storytelling and its world-building. Having knowledge of Deliver Us the Moon certainly helps accentuate the richness of Deliver Us Mars’ atmosphere, but even viewed as a standalone experience, it garners so much goodwill from its hard sci-fi background that I can focus on this as its own distinct thing.

The biggest hurdle Deliver Us Mars undoubtedly must confront is that of meeting its technical ambitions. Here, there’s promising signs for a game just two months out from release, so I’m quietly confident that KeokeN can deliver the perfect launch for its latest foray into the final frontiers.