UPDATE: The Star Wars Battlefront 2 Darth Maul Kenobi emote event has been postponed to October 15 in the afternoon - sometime post 10am CEST. Here's all the details - but when it goes live, the emote will be unlocked the same way as below!

Below we'll show you what you need to do to complete the Star Wars Battlefront 2 Exact Revenge limited-time challenge, how long you have to do the challenge, and how to unlock this special exclusive Star Wars Rebels emote for Darth Maul. It's only available for a week, so be quick! 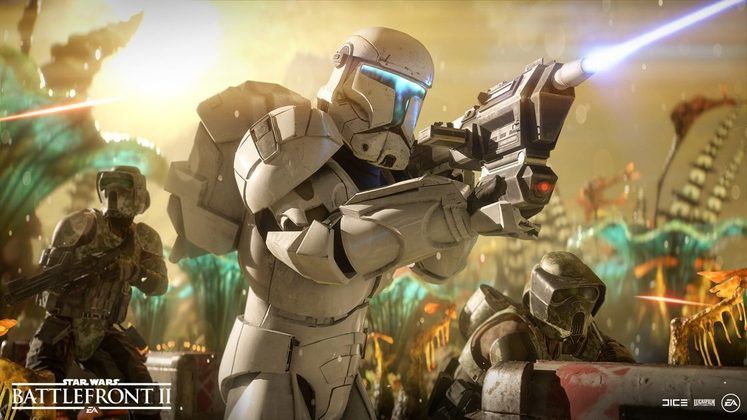 This special Exact Revenge limited-time event takes place between October 11 and October 18, so you have just a week to claim the Star Wars Battlefront 2 Darth Maul Rebels emote. It runs alongside the challenge to unlock the Farmboy Luke Skywalker skin, although the emote requires a completely different way to unlock.

The Luke skin requires players to kill enemies in the new co-op mode. However, the Darth Maul emote instead requires you to venture to Capital Supremacy - specifically, the Star Wars Battlefront 2 Felucia map. There you have to assist in capturing 15 Command Posts.

Don't worry, you don't have to capture 15 Command Posts personally, you just have to help - and you don't need to do it all in a single round of Capital Supremacy. Good thing, as that mode tends to go on a long time!

Once you've completed the objective, you simply have to return to the main menu, go to Darth Maul page on the Collection screen - and the "KENOBI!" emote will be unlocked. Just make sure you complete the objective between October 11-18, otherwise you may never get a chance to get the Star Wars Rebels emote again!

Oh, and if you're curious about what the emote's referencing, see below.