Stellaris Celebrates Its 6th Anniversary With A Free Weekend

Stellaris, Paradox's first shot at sci-fi grand strategy, is celebrating its 6th anniversary with a free weekend and sale. Players who've yet to try out the game can hop in at no cost and explore its vast, wondrous, but also deadly universe.

Stellaris' free weekend kicked off on May 19, with a neat little trailer you can check out below. It is set to end on May 23, which is a fair bit of time to sample its blend of 4X and grand strategy elements. 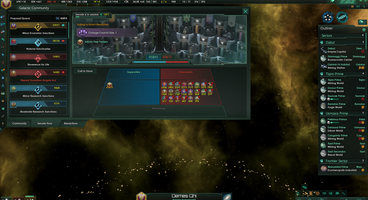 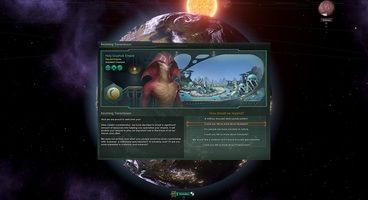 If you end up liking what you see, you'll also find the base game discounted by 80% on Steam. Several pieces of DLC it has received over the years are also on sale, including last year's Nemesis.

Stellaris' latest expansion, Overlord, was released earlier in May. While it's not discounted itself just yet, the publisher has updated its Imgur wallpaper album to include art from it.

Over the years, Stellaris has changed significantly, as major expansions introduced new systems and significantly overhauled existing ones.

The resources you collect and the way in which you go about exploring the galaxy are quite different from release, which is either exciting or absolutely terrifying, depending on how much time you can dedicate to the game.

In our launch review, we gave Stellaris a 9, recommending it both to grand strategy enthusiasts and players looking to get into the genre.

If you're on the latter side of the fence, its free weekend is the perfect time to see what all the fuss is about. With a bit of luck, you'll get a taste of slowly subjugating the universe.