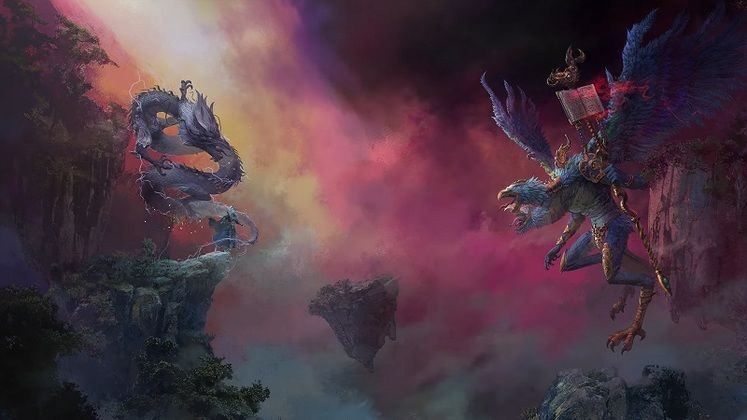 Publisher Sega and developer Creative Assembly today revealed more details about the Daemons of Tzeentch and how the faction will play when Total War: Warhammer 3 launches. We've seen him previously wreak havoc when Grand Cathay was revealed, but it's now official that Kairos Fateweaver leads Tzeentch's armies as a Legendary Lord.

Described as "a nigh-unrivalled sorcerer and knows every action before it has been conceived," Kairos Fateweaver's Staff of Tomorrow ability greatly increases the rate at which he can cast spells, including those from the newly-introduced Lore of Tzeentch. 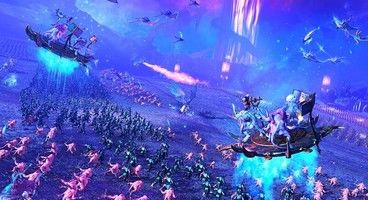 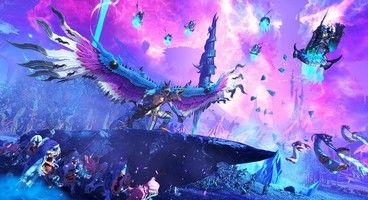 Tzeentch's armies are a bit of an outlier from what we've seen so far, relying on powerful spellcasters that tear through enemies from afar while agile daemonic flying units "carefully pick the right engagements to control the battlefield on their own terms."

As expected, magic is a major part of the Daemons of Tzeentch's playstyle in Total War: Warhammer III. The more spells his sorcerers cast in battle, the stronger the abilities that he can unlock to counter his opponents.

On the campaign map, Tzeentch "can perform Changing of the Ways actions to machinate diplomatic situations and manipulate other elements of reality," but also increase or decrease the potency of the Winds of Magic across the map.

Pink and Blue Horrors alongside the Flamers of Tzeentch, who essentially have flamethrowers instead of hands, make up the core of his armies. Flying units like Doom Knights, Burning Chariots, and Screamers of Tzeentch then control the skies while putting up a decent fight against ground units.

You can watch the Daemons of Tzeentch in action in their reveal trailer below and catch up on what Cathay, Khorne, and Kislev bring to the table in our past coverage. Total War: Warhammer 3 is due out on PC in early 2022.