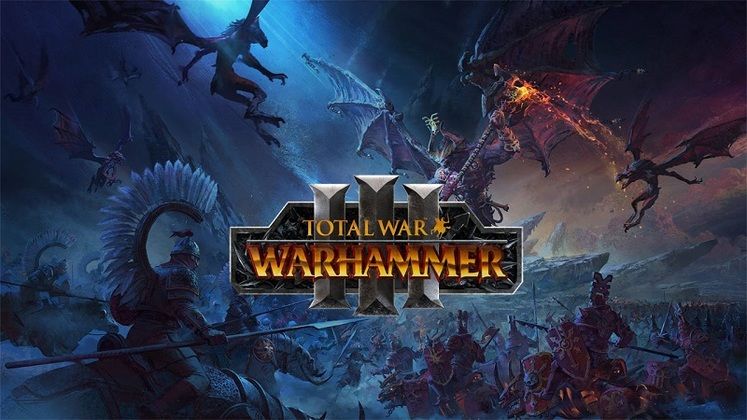 Total War: Warhammer 3 promises a rather unholy set of launch factions, four of which are dedicated to the omnipresent Chaos Gods. We've previously seen their influence spread throughout the Old and New World thanks to various agents like the Beastmen and Norsca tribes, and today's Khorne unit roster reveal gives us a sense of how the Blood God approaches his quest to collect all the skulls.

Khorne's unit roster is mostly made up of daemonic units, but you will be able to also field some mortal champions. The Blood God heavily favors melee combat and bestows a healthy dose of magic resistance upon his units. The sole ranged solution you'll get to employ are cannons that fire the skulls consumed by the Chaos God back at his enemies. 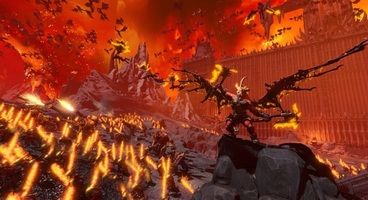 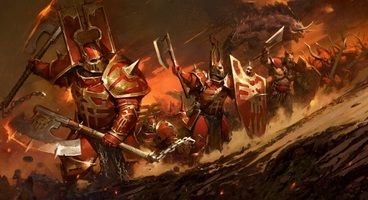 Skarbrand was previously revealed as the Blood God's first playable Legendary Lord, and we also got to see his armies facing Kislev during the gameplay reveal. Here is the full Khorne unit roster, as provided by developer Creative Assembly:

Khorne's unit roster is the embodiment of rage in Total War: Warhammer 3 and, unless future reveals surprise us, might just be the prime choice for players who enjoy smashing their units into the enemy's and watching them tear their foes apart from up close.

The faction thrives the longer it stays in combat while its daemonic units disintegrate, returning to the Chaos Realms when their Leadership is reduced to 0. Although it's easy to go all-in on daemons, the dual axes Chaos Warriors act as excellent anti-infantry units.

The Gorebeast Chariots trade defense for a state of constant frenzy, while Bloodcrushers are excellent shock cavalry. While it's hard to argue against armored Minotaurs with armor-piercing attacks, Soul Grinders steal the show for us. A resistant, "truly horrific amalgamation of metal and flesh that causes terror," they can fire their hand-mounted weapon before closing in and ripping opponents to shreds.

Total War: Warhammer 3 launches on PC in early 2022. Here are 9 things you need to know about it.