How Victoria 3 is making life easier for new players

Victoria 3 is a game of quite bewildering scale. When we talk about scale in games we almost always mean something that's large and expansive, something so vast it's impossible to take it all in at once. And that's certainly the case here. Even as you zoom out on the map until the entire world is on screen, a collection of squiggly lines etched on parchment laid flat across a cartographer's desk, there's always the sense that there are things happening–political machinations, the grinding gears of industry–beyond your ken.

But Victoria 3 also wants to depict scale in the opposite direction. Zoom back in, through the layers of empire, past the common markets and inside the geopolitical borders there are towns and villages full of everyday people simply trying to make ends meet. You don't meet these folk as such–you won't ever come face to face with the coal-smeared miners or the sun-weathered farmers–but you'll hear from them, in aggregate, when drought results in food shortages or the capitalists' hunger for automation puts them out of work. As much as Victoria 3 can seem like a globe-spanning game of empire, if you choose to play it in a certain way it can also be an intimate exercise in making your tiny corner of the world a better (or, let's be honest, perhaps worse) place to live. 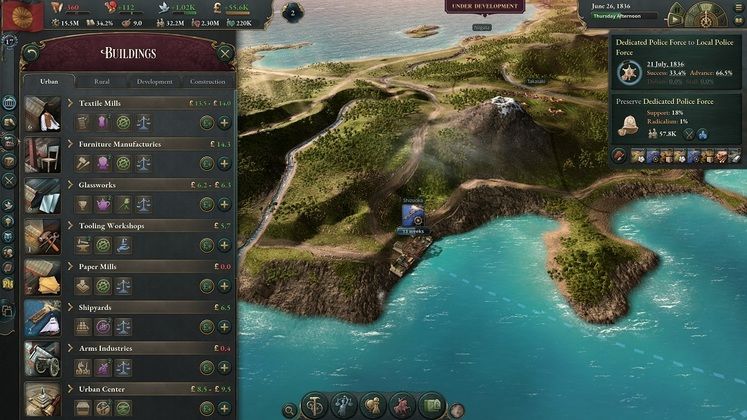 If the prospect of taking control of an empire, or even a single nation, and steering its fortunes through the 19th century's Victorian Era sounds daunting then you're right. Developer Paradox Interactive understands this, too. A key goal has been to ensure novice players are accommodated from the very beginning and given every assistance to grasp the complexities of its intricate and exhaustive simulations.

In a chat we had, Victoria 3 Game Director Mikael Andersson explained to me that Paradox invests heavily in trying to understand how all players, and especially new players, experience their games.

"Formally, we have two different and complementary approaches," Andersson says. "A User Research team that devises, organises, executes, studies, and reports on user experiences of specific game features or aspects, and an Analytics team that creates and manages telemetry data for each game.

"As an example, the User Research team would help us with a study involving ten participants worldwide that play through the tutorial and identify pain points by talking about their experiences out loud, while the Analytics team would create a report that shows what percentage of 100,000 players quit the tutorial before reaching lesson number 3.

"Analytics is very useful for iterating on the game post-release but we have to be very careful with how we formulate the questions and interpret the data, so we don't draw the wrong conclusions. Informally, we do a lot of playtesting and feedbacking on each others' games." 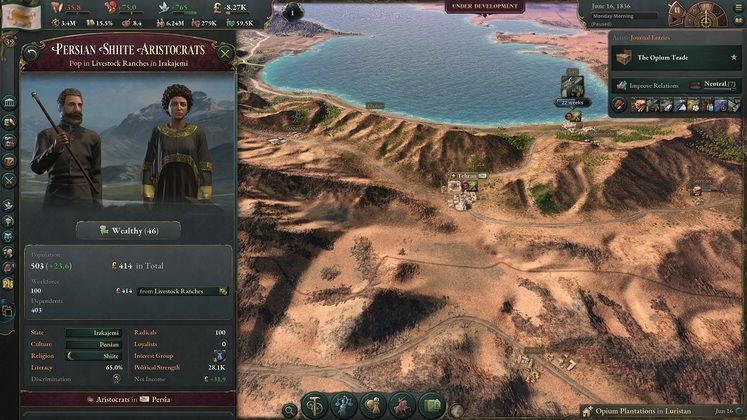 I opted to play as Belgium, assuming that a relatively small two-province empire tucked away in the shadow of France, Britain and Prussia would be a sturdy but uncomplicated platform on which to learn how to play. Later, after I had successfully negotiated tutorial lesson number 3, Andersson backed up my notion when I asked him what advice he would give to new players.

"Country size is one of the most important he told me. "For new players, having a smaller number of states to deal with makes for a tighter learning experience. It's also important to have a coastline to be able to engage in naval trade and naval warfare.

"Being isolated can be convenient at the very start of the game but is not always the best learning experience, since being challenged or supported by your neighbors are important lessons and seeing the AI act can sometimes make mechanics click better in your head."

Britain quickly took my Belgium under its wing and I agreed to join the common British market, a measure I found wryly amusing given the current political situation. To my north the Dutch were actively working to thwart diplomatic relations, but I felt secure that Britain was watching over me and, in any event, I had a good friend in neighbouring Luxembourg while France barely seemed to even notice I existed. I was free to concentrate on internal matters like improving infrastructure and liberalising Belgian society. 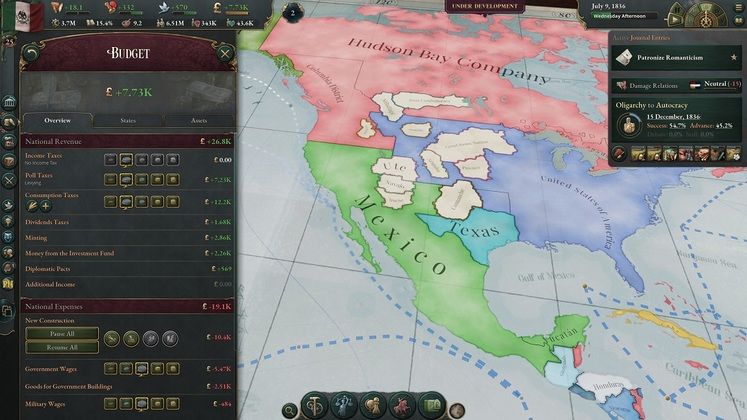 Throughout the 1840s post-Revolution Belgium was booming. Coal and iron mine expansions in the east, fresh fields for farming in the south and west, a new naval dock near Bruges, and academies of arts and sciences were founded in Brussels and Charleroi. Adjusting trade routes to take advantage of market price changes or the sudden requirement for certain goods soon became second nature. Researching specific technologies in order to switch industry production methods to more advanced, efficient techniques went from curiosity to conscious goal. And most importantly, placing a well-weighted finger on the political scale to nudge constitutional changes in a more progressive direction became as practised as using that same digit to idly scroll through Twitter.

The ease with which I was able to navigate Victoria 3's manifold systems was due in large part to the dual-lane tutorial. Similar games tend to explain how to accomplish a certain task and leave it at that; Victoria 3 goes further to explain why you would want to. They even call these twin tutes Tell Me How and Tell Me Why.

"Originally we only had a "Tell Me How" option, which testing showed was quite appreciated," says Andersson. "But a repeat concern was that players felt they now understood how to do it, but lacked context for why they would engage with that mechanic. 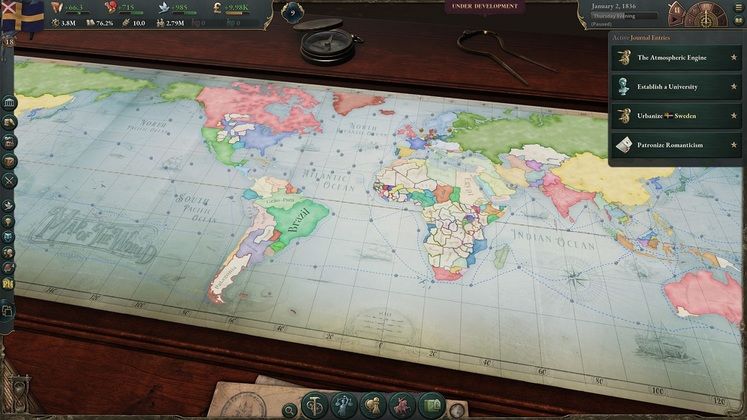 "At some point someone literally asked 'Why isn't there a button that tells me WHY to do something?', and we just went with that to explain the mechanics more in-depth for those who are ready for more of a deep-dive during the tutorial. Which I'm very satisfied with, despite the incessant Backstreet Boys jokes."

Once you've worked through a Tell Me Why tutorial you'll never want it any other way, to strain the Backstreet Boys reference to breaking point. It's the perfect example of the lessons Paradox has learned and applied to make Victoria 3 perhaps their most accessible game yet.