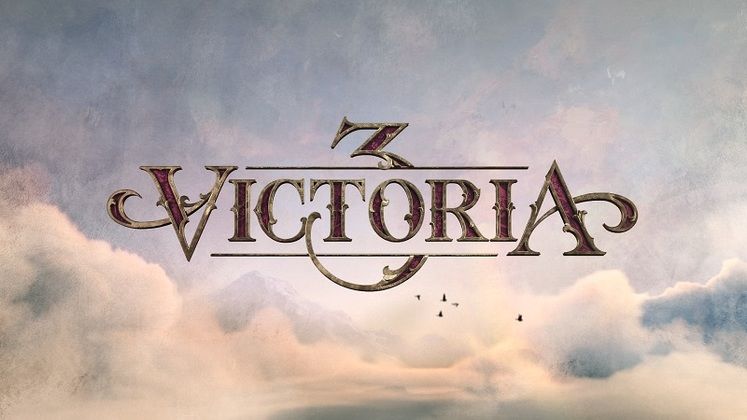 For the longest time, it seemed that Victoria 3 would never escape meme status. Brought up whenever rumors of a secret Paradox project appeared on the internet, it steadily became an inside joke among grand strategy fans, its release date seemingly doomed to remain perpetually out of reach.

But as 2021 rolled in, the Swedish publisher finally revealed that its internal development studio has, indeed, been working on the long-awaited sequel for a while now, causing legions of fans to cheer rather wildly. To help make the wait a tad bit easier to deal with, here's everything we know about Victoria 3, including details about its release date, gameplay, system requirements, and more. 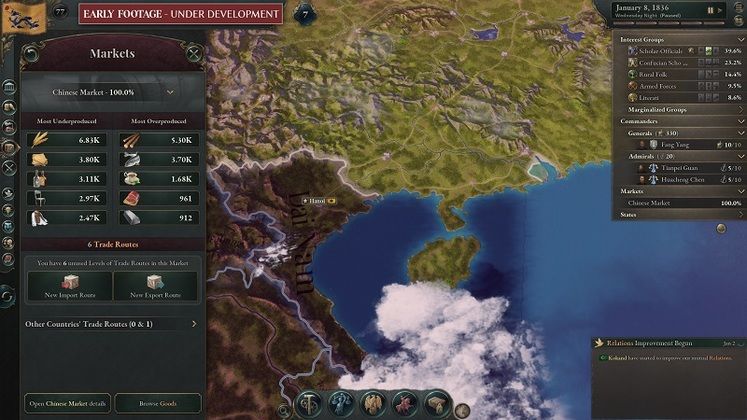 Paradox Interactive has finally confirmed the release date for Victoria 3, we're pleased to reveal that it will be released on the 25th October, 2022 at 6pm CEST / 5pm BST. 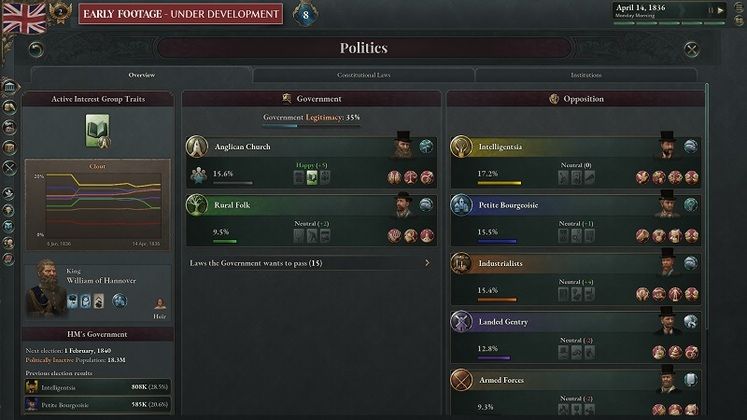 As far as its time period is concerned, Victoria 3 bridges the gap between Europa Universalis 4 and Hearts of Iron 4, being set between 1836 and 1936.

To accommodate the shorter amount of time players have to fulfill their goals, whether they be world domination or not dying horribly, an in-game day comes with multiple ticks. 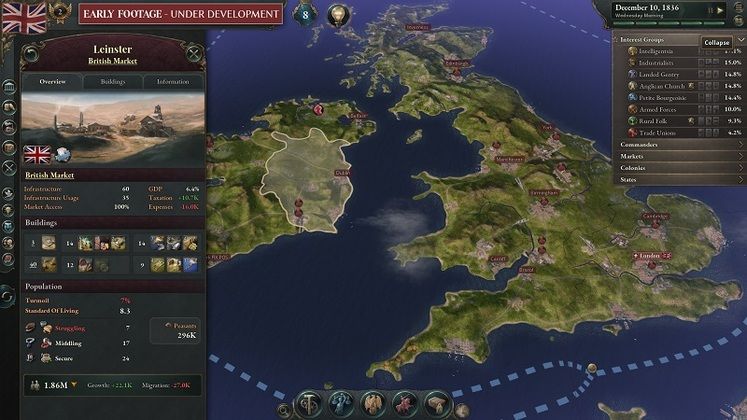 Victoria 3 continues to focus on emergent storytelling instead of being centered on the story of a single protagonist. Players choose one of many countries and guide its destiny throughout the century. Smaller events and the broader machinations of surrounding nations will inevitably see you react.

This, alongside the increased focus on society management, should make for a different flavor of the studio's dynamic brand of storytelling. 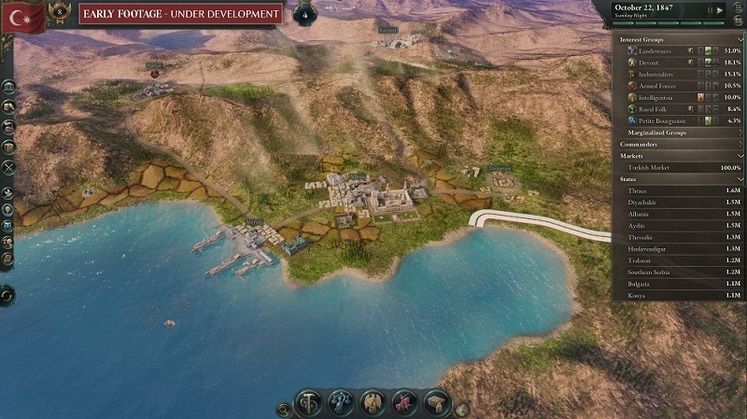 Although it's aiming for a place at the same table as Paradox's other grand strategy games, Victoria 3 will be "more of a management game," according to the developer, placing more emphasis on tweaking and managing your society.

You'll also have to more closely deal with the economic aspects of running a country – each one having its own national market –, but also form customs unions with other states. Buildings play a large role in your country's development and will come with flexible upgrade paths.

You'll also have to decide which production methods best suit your situation and demand for various goods, but also whether or not your society has enough skilled workers to operate the new technologies that gradually get invented.

Pops return, forming into interest groups that can heavily influence politics and stop you or rebel against you, should you decide to enforce laws that don't match up with their ideologies.

Buildings play a major role in keeping your country running, both at a political level and in terms of producing goods. You get to choose where some are built while others will be placed automatically. Regardless of construction method, you'll need to make sure that qualified Pops fill up vacant worker spots in each of them.

Producing goods in Victoria 3 won't mean much without an Infrastructure that allows them to reach the people who need them. Local production will only get you so far and, as you take steps towards industrialization, railways become one of your top priorities.

Ranks determine how a country is viewed by the rest of the world, also determining the amount of actions or diplomatic maneuvers it can use during a Diplomatic play. They range from Great Power, describing the most powerful nations in the world, to Major Power, denoting countries with strong regional influence, all the way down to Insignificant Power, or countries that struggle to play a major role even locally.

There's no limit to the number of Great Powers in Victoria 3, and any country can reach the rank if it meets its requirements. Rank is determined by Prestige (itself governed by a number of factors, like army size or economic power) and its Recognized or Unrecognized status. The latter is purely diplomatic in nature and those countries have to either gain or force Recognition to avoid receiving diplomatic penalties.

As far as diplomacy itself is concerned, the Relations between two countries are bilateral and tracked on a scale that goes between -100 and +100. They affect which proposals the AI will accept and decline, while also limiting the actions that you can take against another country. They can be raised and lowered through diplomatic actions and incidents.

Infamy, Victoria 3's take on Aggressive Expansion, is also tracked and once a country reaches Pariah level, other Great Power can step in to make the global stage more orderly, through the Contain Threat diplomatic play. Actions that help a country gain Infamy also cause diplomatic incidents which decrease its Relations with other countries.

Diplomatic plays then aim to emphasize obtaining what you want through negotiation (or, more accurately, polite threats) rather than heading into war right away. In fact, Victoria 3 does not include the Declare War button that you've probably used many times in previous Paradox grand strategy games.

Diplomatic plays precede every war in the game and start with one country demanding something from another. The two main participants are given a number of Maneuvers, mainly based on their rank, which they can then use to perform actions like adding new demands and swaying other countries to join their side. These potential participants vary depending on the nature of each play.

Across their three phases, diplomatic plays allow you to try to get other countries to side with you, by promising them various benefits. Potential participants can declare neutrality and being too greedy with your own demands won't make the prospect of allying with you too great. Depending on how both the initiator and the target play their cards, one might end up backing down, which will see only the main demand of the other immediately fulfilled.

If neither side backs down, the diplomatic play devolves into full-on war, involving all sides and enforcing all of the demands of the winning side. You can learn more about this rather intricate aspect of Victoria 3 in its dedicated developer diary.

The title also aims to model the "truly astronomical" cost of war. Players will have to put more thought into the decision of declaring war and have to ensure that their country's economy can sustain the conflict. Army models determine the composition of your fighting force, some fitting particular situations better than others.

Conscription is also a tool you'll find yourself using, but one that affects resource output, as the troops are pulled straight from your workforce. Military Goods consumption also increases during wartime, helping your Arms Industries, Munition Plants, and War Machine profit. Neighboring nations exporting weapons to you also benefit financially.

Goods, technologies, and laws can limit available military production methods, affecting infantry, artillery, and naval forces, which all have their own mechanics you'll need to track as the conflict grows. You can find out more about how it works in its dedicated dev diary.

Flags are an important part of any country's visual identity, helping players differentiate between the different powers they can work with or against. Flags are influenced by a country's government type, culture, ideology, and can change over the course of a game. Playing as the United States, for example, you can add more stars to their flag as you get more states.

While some flags are taken from history and adapted to the in-game context, when said country didn't always have a single flag, a system is also in place to generate flags for countries that can appear dynamically as a game goes on. Players will also be able to mod flags into the game.

Revolutions will also be part of Victoria 3 and, although they're designed to be rare, they will be threatening. You'll usually encounter them when you fail to balance the political or economic demands of the different segments of population in your country.

While you have tools to ensure a civil war doesn't start, by giving into the revolutionaries' demands, deradicalizing them by improving their living conditions, or suppressing them, when an armed conflict does begin, your country gets split in two. This gives other nations with interests the chance to participate in the ensuing Revolutionary Play, supporting either side.

At the end of a revolution, one side inevitably annexes the other, but drawn-out wars can result in a lengthy process of rebuilding.

Cultural Secessions share some things with revolutions but stem from discriminating against or failing to meet the needs of Pops belonging to certain cultures that happen to be part of your country.

Heavily linked to the Turmoil mechanic, they can erupt across multiple countries in which the affected culture happens to live and can end with a new state, independent or subjected to the one it was formerly a part of, being formed.

While benevolent rulers might find it tempting to change laws in such ways that the cultures under them aren't discriminated against, this won't come without a reaction from Pops of other cultures who may have it better off while their peers are paid less and don't benefit from as much political power. 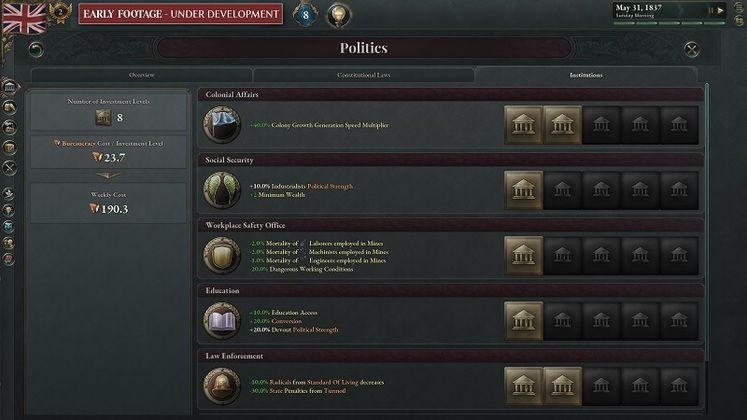 Where can you buy Victoria 3 and how much does it cost?