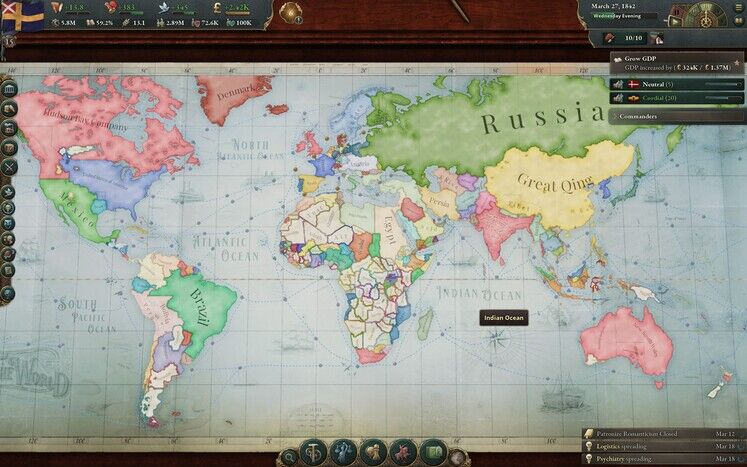 Victoria 3 is at its best when the many vectors of its otherwise dry, book-keeping simulation align in such a way to produce memorable, meaningful narrative events. It doesn’t necessarily happen on a regular basis. Entire in-game years, even decades, as the world advances inexorably through the better part of the 19th century, can pass by without much of great import happening. Of course, a lot of stuff is actually going on–the myriad cogs and gears underpinning the simulation are constantly whirring–but the market fluctuations tweaking financial ledgers and the political currents gently reshaping societies across the world aren’t always guaranteed to throw up seismic shifts in global power relations or indeed anything as hilarious and tragic as what’s occuring in Great Britain today.

But sometimes something emerges out of the murky depths of the simulation for you to grab onto, a narrative hook that pulls you through the ebbs and flows of history, and suddenly everything about Victoria 3 slides into place. What was previously aimless becomes focused, what were until then mere accidents, the seemingly random machinations of a system too large to fully comprehend, now appear as significant moments, pivotal to the future of your chosen nation. You discover something meaningful, after all.

For me it arose from a most unexpected place: the tutorial. But Victoria 3 doesn’t do a conventional tutorial. Instead of frontloading a whole bunch of lessons you’ll quickly forget because there’s so much to this game that there’s no way any up-front tutorial could possibly do it justice, it takes a dynamic approach. From the start, you’re quite free to mess about, experimenting with any aspect you desire rather than adhering to rigidly prescribed steps. And as you play, the game will monitor what you’re doing and how your nation is performing, and add suggestions to your journal of objectives you might want to consider. Nothing mandatory, of course, just a friendly nudge to maybe, if you feel like it, work on improving your relations with Prussia, for example, or to introduce a public health system. 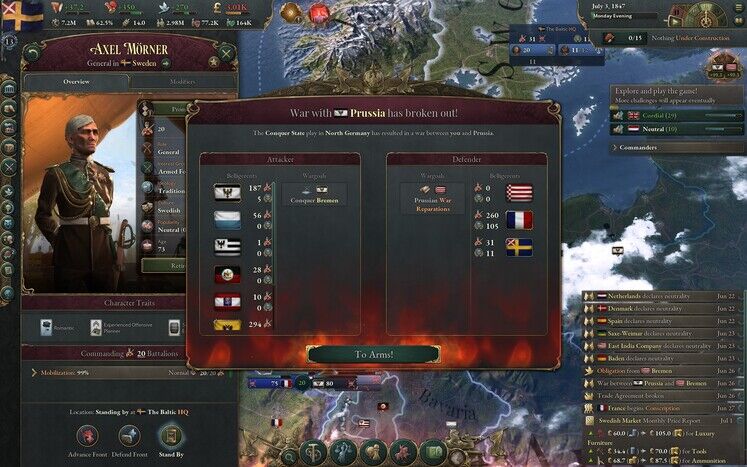 At some point, I received the suggestion that I might benefit from bolstering the support of a particular interest group in my home nation of Sweden. I wasn’t advised to support a specific group, but I was informed that within these groups resides the power to get things done. To pass laws, for example, you need to secure the support of interest groups, inside and outside of government, from the land-owning and industrialist elites to the clergy and military, the petite bourgeoisie and the rural folk. Like any right-thinking leftie, I picked the trade unionists to throw my weight behind. They were languishing in single-figure support and I knew I’d have to get that higher to work them into even any coalition government.

I clicked the buttons to bolster trade union support, spending some of my Authority–one of three abstract resources at your disposal, alongside Bureaucracy and Influence–to get the job done. Literally the next day, a boiler exploded in a factory in Stockholm, injuring workers. Such narrative events pop up every few months, detailing some event or another and presenting you with a choice to favour one side or another. For the most part they feel like discrete incidents, nothing more than a splash of narrative colour to get you to buy into the choice to raise or lower some production rate by 5%. But this one hit home. This one really meant something.

In the wake of the explosion I was given the choice of siding with the industrialists and urging for nothing to get in the way of productivity, safety be damned, or of siding with the trade unions and backing their demands for better working conditions. I still don’t know if it was a scripted event timed to trigger once I opted to support the trade unionists. Or if it was pure coincidence. Either way, it kickstarted a decades-long sequence of political manoeuvrings to deliver my vision of a socialist utopia in Sweden–or at least a society where people aren’t arrested for dissent, everyone can vote, and women aren’t property–and install a trade unionist government. 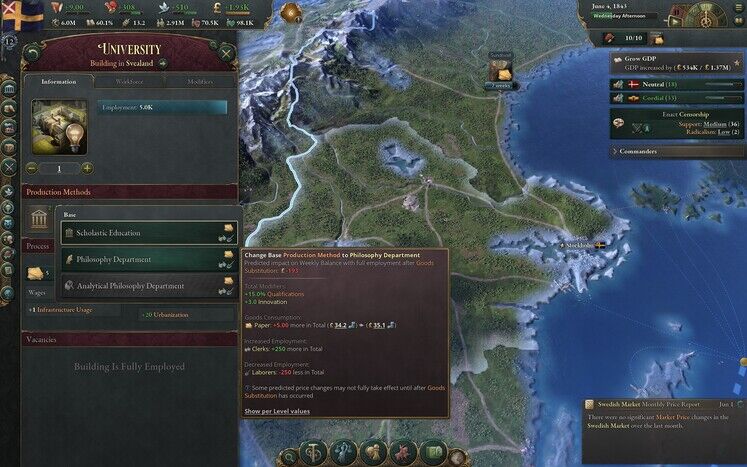 It hasn’t been simple. Indeed, I’m still pursuing the dream. People want things, you see, and in Victoria 3 it’s your job to find ways of delivering those things to them. They want particular goods and services, and you have to work out how you can procure the raw materials–through working your lands or importing from others–to make them. Or perhaps it’s better if you import the finished goods while you manufacture other items at home, exporting the surplus to generate the revenue to invest in other areas. And these decisions each have to be balanced against the desires of your people, who move in and out of various social classes and professions as you meet or fail their demands, growing or shrinking your workforce in dozens of different ways.

Massaging all these systems to produce my desired outcome, where my political goals align most with a certain interest group whose support comes from specific sectors of the population whose needs must be met to propel their favoured party into power, often feels like you’re chasing down endless rabbit holes. It’s a heaving mass of parts where there are no simple solutions to any one problem. Everything is connected to everything else via chains of not always readily discernible cause and effect. Tinker with one setting and you’re bound to upset something somewhere, and probably not realise you’ve done it until years later. 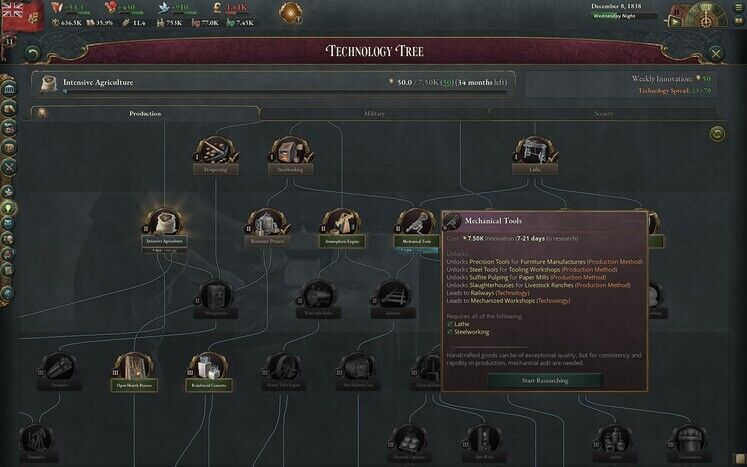 If it sounds confusing and daunting and exhausting then that’s because it is, and because that’s the way it’s intended to be. Victoria 3 is not a game to be approached lightly. It’s a simulation in a very real sense, rather than a traditional strategy game with win conditions and clear paths to victory. You have to fully commit to get the most out of it and that means finding your own ways to invest yourself in and derive meaning from its otherwise cold, uncaring simulation. You might even have to get a little bit lucky and have a boiler blow up at a serendipitous moment. Hey, a revolution’s gotta start somewhere, right?

Victoria 3 is a political and economic simulation of unparalleled depth, complexity and indifference to you. Stumble upon a narrative hook and it can reel you in, even if it struggles to maintain a human connection

Passing into law a public health system in Sweden. If the prospect of implementing real policy change doesn’t excite you then Victoria 3 is not the game for you.