I’ve played quite a few card games, board games, and mixtures of the two. With so many out there, a game that really puts itself apart from the best while introducing a system that will keep players interested is a difficult thing to come by. Ancestory puts itself apart at first look, but plays it safe at its core, borrowing a great deal of ideas from the established success of games like Hearthstone: Heroes of Warcraft and Magic: The Gathering. It breaks away by adding a third dimension of turn-based strategy. It’s an interesting formula that makes for a compelling strategic challenge, albeit a little limited compared to other popular physical and digital card games.

The general rules are easy to follow. An opponent and you both start with a shaman on opposite sides of a game board. The object of a game is to gain control of totems at specific spots on the board. To this end, your shaman has a mana pool to use for summoning minion cards and casting spell cards. The mana pool starts at one and is returned with one more additional mana at the beginning of each round of turns to a maximum of twelve mana. Each minion and spell has a different mana cost associated with their card for summoning or casting. The more effective the card, the more costly it will be in mana. This system is a tried and true formula that should be familiar to card game fans. 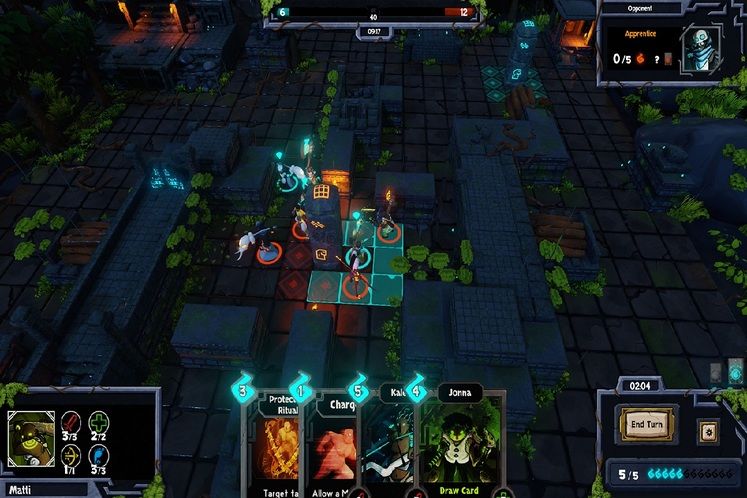 In order to control a totem, you must use your shaman to summon minions and move them alongside the totems, holding them uncontested at the end of a turn in a sort of king-of-the-hill game. Each totem you hold at the end of a turn drives a point counter upwards and the first player to reach the required points determined by the particular game board wins the match. Your shaman cannot attack, but the shaman can be attacked by minions and spells and if a shaman is killed, they will be respawned at their starting spot of the player’s respective side while the player who killed the enemy shaman will gain a hefty reward of points towards their counter. It adds a dual aspect to the game where you’ll want to have your shaman near the action to summon minions right into the fray while keeping them protected at all costs. It’s not impossible, but it is extremely hard to come back from a game where your shaman has been killed.

Minions range from melee axe men to long range archers and from assassins with high attack and low health to brutes with the opposite values. Some minions have passive abilities such as moving and attacking immediately after being summoned or a special activable ability like charging to space several spots away, damaging all obstructing enemies in a line. There are the basic versions of most cards and enhanced “elder” versions which cost more, but have stronger stats or abilities. 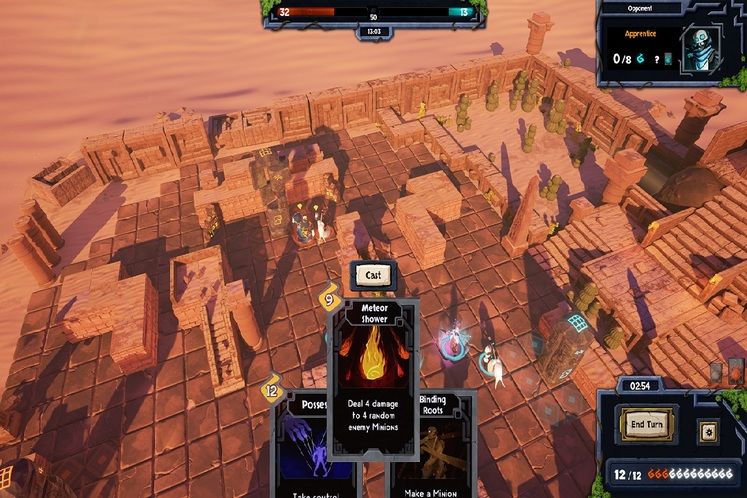 Cards and their uses are widely varied in Ancestory

Spell cards are similarly varied in their use. Some spell cards can be used to directly attack one or multiple enemies. Other spell cards debuff enemy minions, such as removing a targeted minion’s ability to attack or move for several turns. Others will buff your minions or grant you special things, like drawing more cards into your hand. The mixture of minion cards and spell cards is hefty experiment that can make for numerous viable strategies and counterplays in taking control of a game. In most card games, you simply think about how they are played together. In Ancestory, you must also consider placement and positions on the map, giving it a certain extra dimension of thought.

The game offers you two basic pre-made decks to play with, but from the get-go, you can make your own custom deck to take advantage of card combinations and strategies which work best for your style of play. Want to load your deck with piles of low-cost minions and spells to swarm the map? You can. Want to keep a few high-cost trump cards with which you can turn the tide late? Certainly an option. A hefty amount of cards are available upon start of the game and more can be unlocked. Playing a match grants experience, more for winning than losing obviously, and a certain amount of experience will level you up. Level ups grant access to new cards, player profile icons, and other such rewards. Ancestory offers everything in the game from the start or through unlocks, which is a nice change to the micro-transaction run markets that dominate popular titles these days. 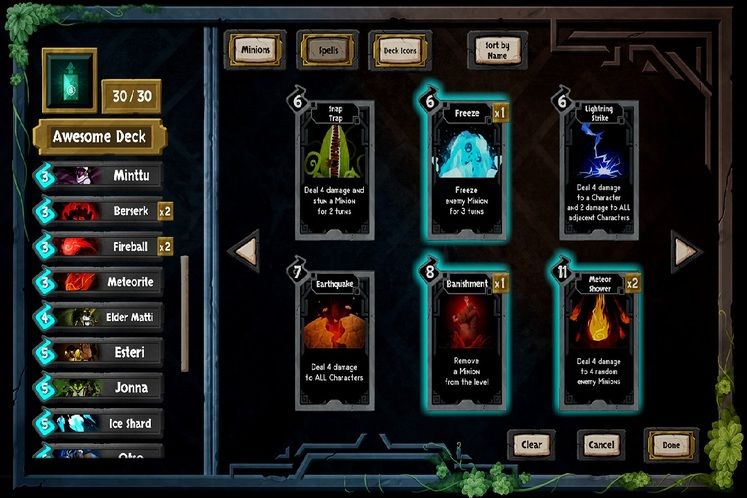 I do wish there was more variety to card availability or shamans. Everyone starts with the same pool of cards. There’s no blue decks or mage decks to strategise with. You simply always use the same shaman and all cards are always available to be placed in any deck. It would have been nice to see different selectable shamans that may have had different bonuses on the battlefield or had access to different exclusive cards. I would have also liked to see a few more game boards as well. There are 5 game boards available and they’re all swaps of two themes, jungle and desert. The boards are pretty rudimentary and you’ll cycle through them fast with how quick games can go. Additional themes for the boards may have made their designs wear less quickly.

Ancestory takes a lot of rudimentary concepts from our favorite card games and attempts to make them dynamic with the idea of turn-based strategy. It generally worked in regards to making me reconsider how I would think about a card game in the practical sense by challenging me to work in the concept of three-dimensional positioning. I appreciate what I saw in my time with Ancestory, but I can’t help but think that with how much it appears to use other popular card games for its foundation, it could have stood to have a bit more variety in key places. It is nonetheless a rather enjoyable time.

Ancestory is the kind of game where you’ll spend a lot of time in deck building. I spent hours swapping out viable tools and options and eventually found my way to a satisfying deck that produced satisfactory results. It’s impossible to nip the fickle beast known as chance in the bud completely, but I felt good in developing a deck that consistently allowed me to make good combinations and turn the tide in my favor. 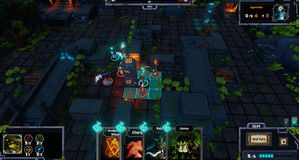