ShadowHand is that kind of game which, upon hearing the concept of, had me apprehensive, but after spending more than a couple of hours with it I find I enjoy it immensely. It’s fairly simple in presentation and execution, but combines engaging gameplay with a true sense of self and identity. Playing this game, you really know and feel that the people who made it - totalling at two plus the odd freelancer - were truly passionate about this project. 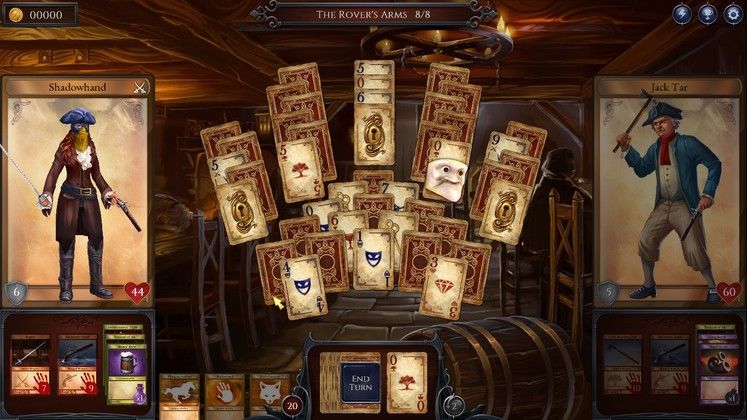 Duels are one of the game's best mechanics

ShadowHand is, basically, solitaire a la RPG. It takes the age-old card game and builds upon that foundation with stats, items, abilities and duels. The storyline is separated into chapters, and each chapter is separated into “hands”. Gameplay consists of one of two variants of play - regular hands and duels. Regular hands offer the most similarity with vanilla solitaire, as the goal is to remove all the cards from the screen before your own deck runs out. The rules are simple, you need to remove cards one number above or below the card previously played.

However, the additional mechanics add some riffs to gameplay which make it surprisingly fun. As you progress in the story, you’ll unlock active and passive abilities. Active abilities include, reshuffling the hand, instantly removing two random cards or altering the number value of a selected card. Passives, on the other hand, usually tweak stats, though some are more direct, such as automatically removing two cards at the start of a hand.

Beyond this, there are some “event cards”, which reveal parts of the hand previously obscured. Some parts of the hand are covered by a lock card that needs a corresponding key card, others are “dark” and need to be illuminated with lanterns, and so on. This adds another layer of strategy and forethought. The character’s stats affect a wide range of factors, like the probability of finding Jokers, gold acquisition from cards - because there is an economy - or how likely you are to draw cards beneficial to you. Between chapters, you can purchase outfit items and weapons which alter these stats. 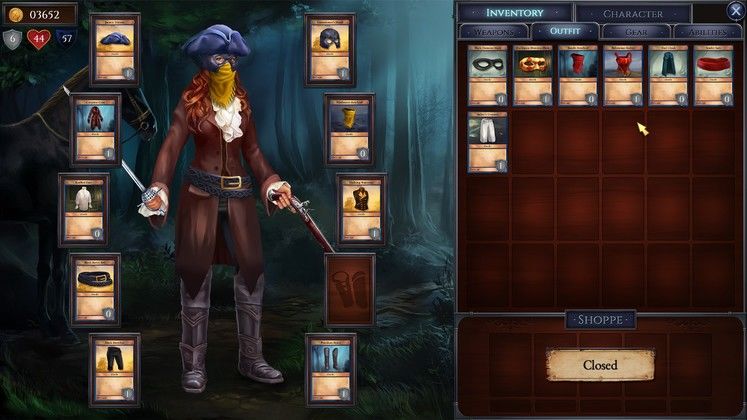 The more interesting aspect of the game are the duels. Here, the game’s protagonist, also called Shadowhand (though spelled differently from the title), is up against an enemy character. You take turns to remove cards as per standard solitaire rules to charge your weapons. If you manage to continue removing cards after the weapon is charged, you’ll get an attack bonus. A bunch of stats come into play here, like character defense, additional items like bombs, potions and so-on. ShadowHand becomes surprisingly deep and complex as more and more of the mechanics are unlocked via progression, and duels particularly can hinge more on your strategy than RNG - not to mention that after a while, this game gets bloody hard.

In terms of storyline, ShadowHand delivers its narrative in between hands and chapters. The main character, a Lady Cornelia Darkmoor takes on the identity of ShadowHand, a highwaywoman who, instead of banditry, tries to uncover conspiracies and fight against actual outlaws. The characters are rendered with a beautiful art style evoking oil painting, and the story and visuals are accompanied by a fantastic soundtrack. 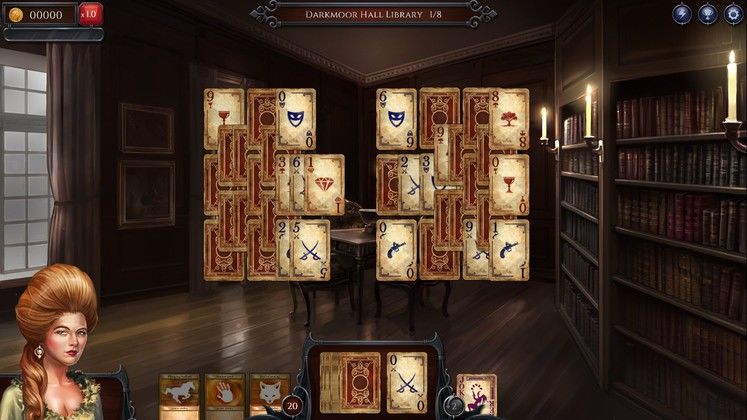 Regular hands are what you'll encounter most often

ShadowHand takes an old game with a reputation for dullness, and dresses it up in an elegant Victorian English RPG coat. Somehow miraculously, it works really well. It isn’t a reinvention of the wheel, but the sense of personality the game pack in addition to being simply fun definitely makes it worth the time and money.

After tempering you and training you to get hooked on the “thrill” of solitaire, getting double-digit combos sure starts feeling rewarding - and it peaks when you hit that coveted 40 point combo needed for an achievement. 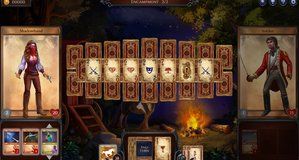 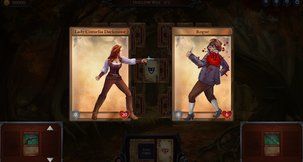