While you have undoubtedly come across the turn-based tactical beats of TASTEE Lethal Tactics before, it’s perhaps less likely that you have seen them pulled off with the verve and abundance of cheeky style that is evident here; after all, how many turn-based squad games have you plying your trade from the bowels of a gaudily decorated fast food take out joint?

Thrusting the player into the shiny designer shoes of an enigmatic figure called ‘the director’, you are tasked with assembling a group of mercenaries so that you might form the TASTEE team; a crack squad of gunman, demolition experts, shotgun specialists and snipers with a view to taking down a nefarious drugs cartel mission by mission. 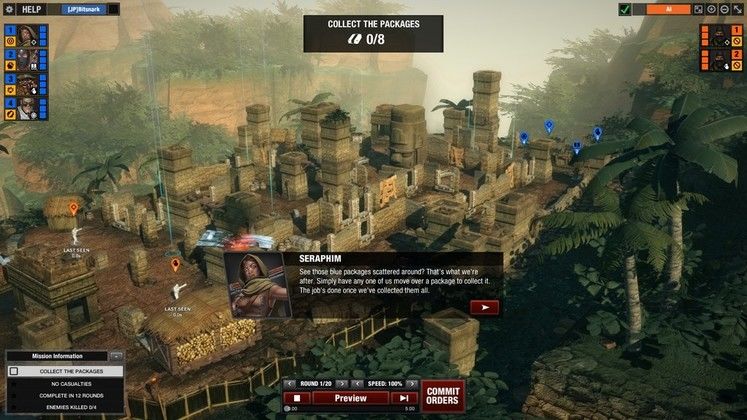 There’s more to do than just blasting fool

Boasting a branching single-player campaign spread over some thirty missions where you unlock new mercenaries as you go in addition to some sublime asynchronous multiplayer functionality, TASTEE Lethal Tactics isn’t just a stylish take on the squad turn-based genre, it also happens to be a genuinely entertaining and deceptively deep one as well.

As alluded to previously, while TASTEE Lethal Tactics might seem a touch familiar, there’s actually a lot more going on under the hood than might be obvious upon initial impression. From the off, there is a thirty mission strong single-player campaign, which aside from being pretty entertaining, also happens to be a great way to get used to TASTEE’s twelve different mercenaries spread across four different classes. In the case of the latter, TASTEE allows players to get grips with Gunmen, Bombers, Snipers and Shotgunners with each class boasting a unique set of weapons and gadgets to make them better suited for particular strategies. While the developers have tried to spice things up a bit by giving each character special abilities to separate them from others who belong to the same class, it still feels like that TASTEE would have benefitted to having more classes overall. 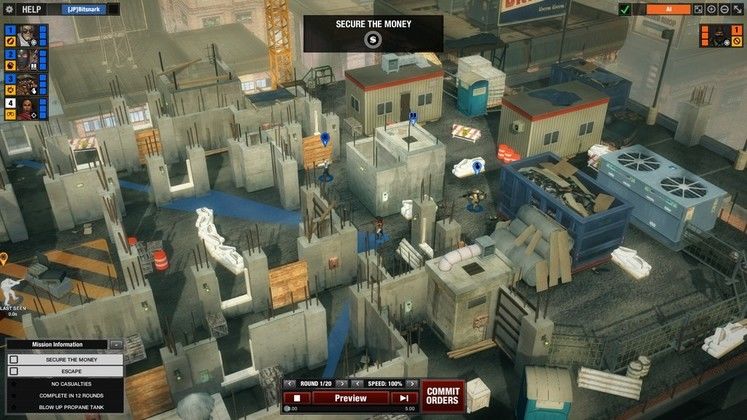 You can freely rotate, zoom and manipulate the camera as you see fit

In the context of the single-player campaign, each mission usually tasks you with defeating your enemies and/or securing an item before you make your getaway while fulfilling additional objectives awards extra points for online leaderboard based bragging rights. As you might well guess, a big part of being able to pull this off successfully is knowing your environment so that you can identify not only the best escape routes but also the most effective killzones for your group to cover and flank against respectively. What makes this especially tricky is that the layout of destructible barriers and other objects is optionally randomised, thus ensuring that your paths through each one are rarely, if ever, the same as before. The only real drawback to the map design in TASTEE however, is that they veer very much on the small side and while they are generously stuffed with hazards and other tactical features, they certainly don’t lend themselves to the large scale tactical battles that some armchair generals might be used to.

When it comes down to the nitty gritty of the turn-based combat, every turn in TASTEE allows you to execute a number of commands with each member of your unit before the turn concludes and your enemy has their go. In addition to being able to stack orders such as sprinting and then crouching into cover or moving while aiming in a different direction, one particularly neat thing that TASTEE does is that it lets you preview how your actions will play out for each member of your squad, for better or worse, while a handy ‘last seen’ indicator provides some clue as to where the enemy was most recently spotted. Elsewhere, TASTEE does a grand job of enticing newcomers to the genre with a comprehensive suite of tutorials to get newcomers involved with the game, happily ensuring that its compelling tactical beats don’t solely exist within the realm of the strategy hardcore. 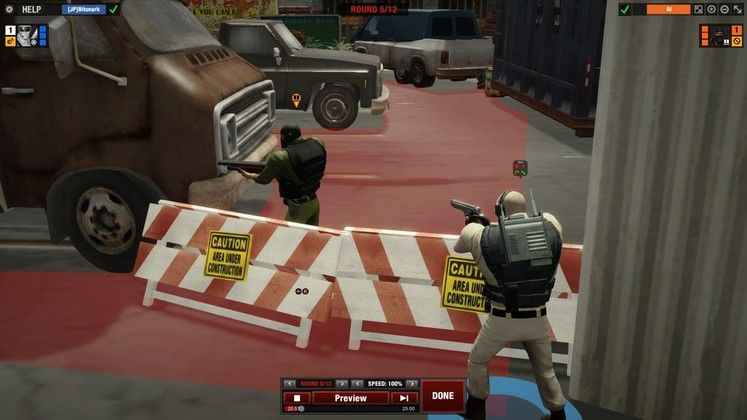 While the visuals don’t quite hold up when viewed closely, the Team Fortress style charm still shines through.

Clearly though, TASTEE Lethal Tactics ace in the hole is its excellent asynchronous multiplayer mode where players can battle against each other, completing turns as slowly or quickly as you like while e-mail notifications keep you notified about when it’s your turn. It’s a smashing system all told and one that should be included in far more entries in the turn-based genre than it currently is and in the case of TASTEE Lethal Tactics, it really helps to give the game the sort of legs which will keep it going for a long, long time indeed. 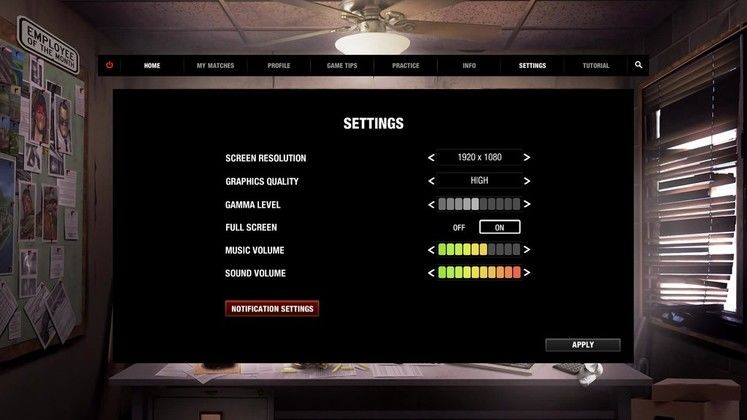 Right off the bat it’s clear that TASTEE Lethal Tactics doesn’t need a Vive-optimal PC rig in order to get the best from it. Though its turn-based battles are played out on relatively small maps, the perspective is not fixed; instead allowing the player to fully manipulate the camera to their preference ranging from adopting a more traditional top-down perspective, or, taking up a more cinematic viewpoint right behind the characters themselves. Unfortunately, it’s when you get up close and personal with the battlefield that the visual opulence starts to dip, with low-detail texture work abounding throughout the closer you get to the environment.

Regarding the scope for tweaking the visuals in TASTEE Lethal Tactics, there isn’t a whole lot you can do. You can muck about with the screen resolution and a more generalised low, medium or high detail setting and that’s basically it. As one might reasonably expect then, the game will run pretty darn well on just about any hardware configuration constructed in the last five or so years. Using my own PC which packs in a 2.8GHZ i5 CPU, Geforce GTX 670 and 16GB of System RAM as example, it smoothly handled anything that TASTEE Lethal Tactics could throw at it whilst running at 1920x1080 resolution and maximum detail, meaning that most of you out there won’t have any problems doing so either.

Though it soon becomes obvious that TASTEE Lethal Tactics has precious little voice acting to speak of, it’s truly in the realms of musical score and sound effects that the game does its best work from an audible perspective. The numerous firearms and explosive devices all carry significant heft in their pop, but it’s the music, a finely tuned serenade of strings and other instruments which really shine as make wonderful work of bolstering the atmosphere of whichever map you happen to be playing on. From the delicate pan pipes which accompany firefights in an abandoned South American temple, to the twangy strings that do such a great job of supplementing a shootout on a mountain ranch, the folks behind TASTEE Lethal Tactics certainly know their way around the in-game music side of things that’s for sure. 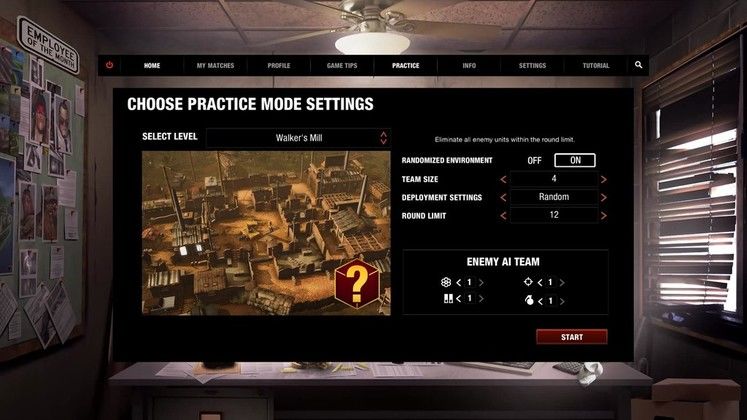 TASTEE Lethal Tactics is a turn-based tactical battler that just wants you to have fun with it. From its bold, Team Fortress style presentation to the darkly comic overtones of its branching single-player campaign it’s clear there’s a lot to like. Evoking similarities with the likes of fellow genre stablemates Frozen Synapse and Door Kickers, TASTEE Lethal Tactics manages to marry deep strategy with a level of accessibility that other efforts just do not possess.

If TASTEE’s single-player campaign is an interesting, yet merely decent proposition, it’s arguably the asynchronous multiplayer that gives the game its true appeal, allowing players to get stuck into swift, hassle-free tactical battles against one another at their own pace. Honestly, it’s baffling that more turn-based fare doesn’t include this feature as a standard because it really is a great deal of fun; whether you’ve just blown up your opponent with a carefully placed landmine or slammed them against the nearest wall with a well-placed sniper killshot, the opportunities for satisfaction are considerable indeed. 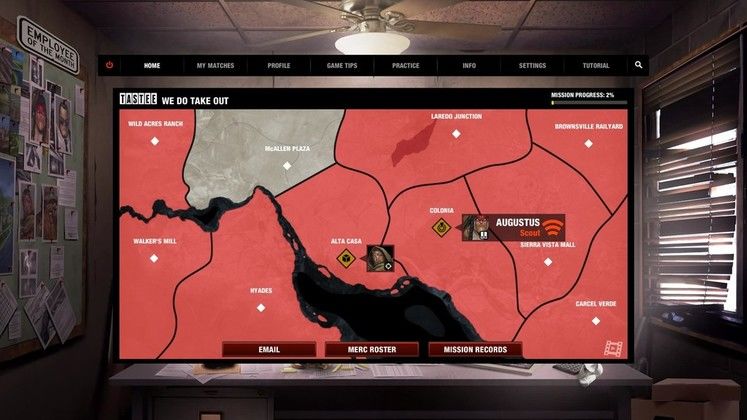 A great jumping off point for both genre rookies and seasoned strategy veterans alike, the fact that TASTEE Lethal Tactics could do with a few more classes and larger environments to scrap about in doesn’t so much to detract from what is a hugely fun and eminently enjoyable turn-based squad shooter with charm and longevity to spare.

A turn-based tactical effort that manages to deftly marry cheeky style with small scale strategy, TASTEE Lethal Tactics might not be the most groundbreaking effort around but its charm and accessibility make for a compellingly fun prospect.

Pulling off a game winning kill on the final round of a closely fought multiplayer match. 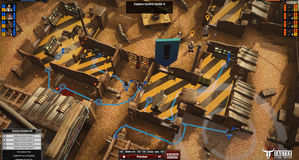