Uncommon Valor takes much time to fathom, but after that time is over, you'll end up enjoying it

Way back in the mists of time, when I were but a lad, I forked out an exorbitant amount of money to buy a ‘state of the art’ computer, namely an Atari 800. This was a super computer for the time, a processor that made a 286 look like a Pentium 4, a massive 32 MB of RAM, a slot to load games cartridges and the ability to connect a tape recorder to it to load games supplied on tape (WTF is tape I hear you ask). It did not take long for me to get tired of playing Pac Man, Donkey Kong, Miner 49er and, when browsing a shop one day, I noticed a tape game called “Battle of Midway” by SSI. I duly bought said software, rushed home, waited nearly 1 hr for it to download from the recorder and then sat down to one of the most playable games in my experience. It was a turn based tactical/strategy game on a hex grid mapping out the Pacific Ocean. All the units involved in the battle were present, accurately named etc and totally under your command. This game kept me going for nearly 1 year as I fought & refought the battles from both American & Japanese perspectives until, shock horror, the tape snapped. I never managed to get a replacement & have been looking for a ‘retro’ copy ever since, with no success. 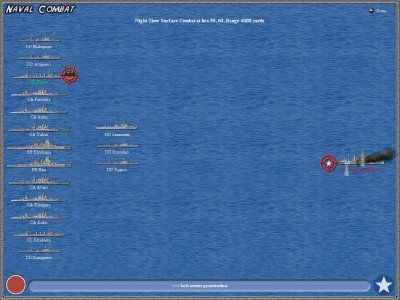 Imagine my delight when Uncommon Valour dropped through my letterbox the other day. After loading it up I realised it was “Battle of Midway” all over again, but oh so much better.

Uncommon Valour allows you to refight just about any battle/campaign in the southern Pacific during WWII using all units available at the time, it also allows you to use the good old “what if” scenarios and play with the historical scenarios as much as you like. If that isn’t good enough for you, invent your own battles; you can take every unit available (with the exception of submarines that are handled automatically) to both sides & stick em into one enormous battle if you want. 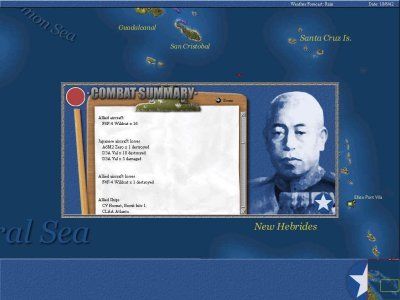 UV doesn’t just concentrate on the naval engagements – what occurs on land has a profound effect on the location of naval/air forces by increasing/decreasing air coverage range. Leaving a force unsupplied on an island will eventually result in the loss of the island & therefore possibly a strategic location, so you also have to ensure that all your supply lines are maintained & improved as the campaigns continue. Reinforcing beleaguered troops & mining the approaches to possible invasion sites whilst simultaneously sending out scouts to search for naval task forces is more than enough to keep you occupied.

UV come with a manual that is more than good enough to get you started (a good tutorial as well), plus a highly detailed .pdf version so you can really get into the nitty gritty of just how your units react etc. It does take time to get to grips with, but it is worth the effort. 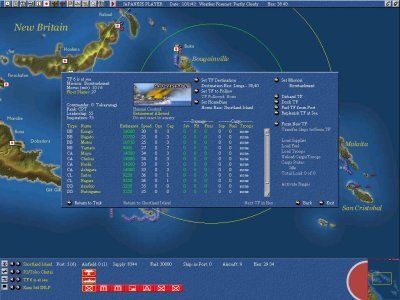 This is no RTS game with units zooming all over the screen, and as such the graphics/sound aren’t up to much, BUT THEY DON’T NEED TO BE. Battles are displayed in a stylised format – all Japanese ships down one side of the screen, USA down the other. You can see who is shooting at what, the hits, the misses & the damage meted out. You do not have to worry about individual unit movement, just imagine it going on in the background. Similarly, air combat shows forces top & bottom, with who does what & where via a marquee in the middle of the screen – you can watch aces develop as their kills score mounts. Bombing missions are carried out via a view through the bomb aimer’s sights. At the end of each encounter, a battle report is displayed showing the overall results; how many planes/ships were lost/damaged etc so you can decide where you may need to send reinforcements if required or whether to withdraw from the battle due to crippling losses. Again, sound is basic, you can hear machine guns, splashes as torpedoes hit the water, the scream of bombs dropping as well as the odd bits of chatter during battles, all rudimentary but somehow so fitting.

Moving your forces around the map can be tricky. A series of clicks will bring up movement panels for you units (taskforces, squadrons etc) and you can select just exactly what you want them to do. You can also specify at what stage to retire due to losses, whether to push on regardless, designate individual targets for ground attacks, allocate fighter defence and so on. At first it all seems overly complicated, but it does not take long at all to get the hang of it. 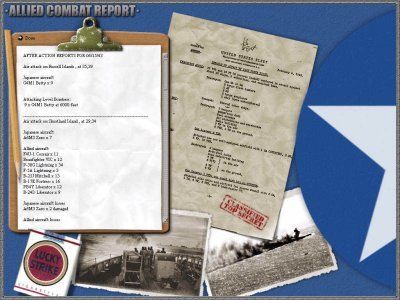 This is a turn-based game, so you can take as long as you like ensuring that all your orders, destination points etc. are correct. Once happy, just hit the ‘end of turn’ button & the AI will do it’s bit with the opposing force, all movements will be carried out and battles displayed.

I have long moaned about developers spending too much time/money on the graphics/sound elements of a game, often to the detriment of the game itself, but Uncommon Valour is one that I can happily say does exactly the opposite. If you like tactical games, then UV is for you. You need to want to spend some time playing UV, its not full of action by any means, but for those of us that like to spend time pondering the “what ifs” and enjoying the game play rather than frenetically moving the mouse pointer over the screen to kill everything in sight, this is a game for you. The feeling after refighting a historical battle against overwhelming odds, and winning, is sublime. Purists may moan that commanders would not have known exactly what they were facing, or the locations, but Midway was won due to Spruance accurately guessing where the Japanese task force was likely to be located (following the breaking of the Japanese code), and the wrong reaction of Nagumo in thinking that Midway was the main threat, being unaware due to bad scout communications, of the presence of the American carrier fleet. The game is similar in that you may well know exactly what forces you are facing, but not necessarily their location or deployment and it is this that makes Tactical games so enjoyable for me.

Unfortunately, scoring a game like this has problems due to the factors involved in creating the scores nowadays (primarily graphics and sound), so I will not be able to score it as highly as I want (ok, I’m a touch biased), so please take the score with a pinch of salt. Tactical freaks buy it now, RTS people try it, you may well be surprised. 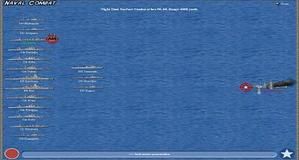