EA and BioWare have decided to repackage their browser-based Dragon Age Legends, which featured on Facebook and Google+, as a singleplayer game free to download and play.

The online aspects of the title were shut down after it failed to meet expectations. However they'll make online character profiles available soon for those who had them.

Dragon Age: Legends being shut down

Electronic Arts has announced that its Facebook social networking game, Dragon Age: Legends, will be shut off in June. The game had been released in July 2011 as a companion to Dragon Age II.

6 Things Bioware Need To Do To Save Dragon Age III

Chris Capel hopes that we might actually get a RPG this time.

Electronic Arts and Bioware have released a new free-to-play Facebook game Dragon Age: Legends, in which you can create a character and send them off on battles, using Facebook friends as party members during battles. 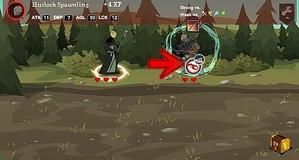