Film maker Uwe Boll wants to produce a second Postal movie, and has taken to Kickstarter for $500k in pledges. The campaign reads Postal 2 will "finally destroy the film industry" - which might actually happen.

There's something of a love/hate - mostly hate - relationship between gamers and Uwe Boll. He's no stranger to dragging game IP kicking and screaming onto the film set.

Running With Scissors' Vince Desi has calmed fears that over-the-top violence is dead, saying that Postal 3 has entered it's most "final stages". 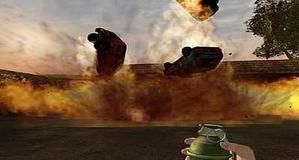