Blizzard: Titan "our next gen MMO" 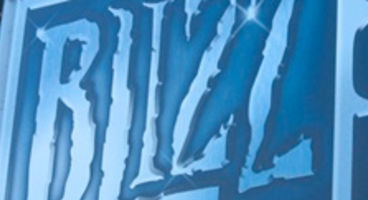 World of Warcraft's Blizzard has confirmed that 'Titan' is the studio's "next gen MMO" and that's only because they want to "leverage" it as a recruiting tool.

A leaked document supposedly reveals Titan is due in late 2013, however Blizzard would only confirm that 'Titan' is their next MMO project. Diablo III is next.

Sorry Titan but you've got to wait your turn as the world is aching for Diablo III first. "Titan is... the media is not meant to know anything about that," confirmed Blizzard.

"It's our next gen MMO and we've only started talking about it in a limited fashion because we want to leverage the fact that we're working on something like that for the purpose of recruiting – getting some of the best talent in the industry on that."

Titan is likely just the project name for the next-gen MMO from the studio, we simply won't know until well into 2012 probably. Blizzard is adamant this isn't to 'replace WoW'. "It's not a sequel to World of Warcraft - we want to do something a bit different," they said earlier this year. Blizzard ran a prototype of their new MMO in World of Warcraft's engine.

Are you awaiting the arrival of Diablo III and 'Titan'? This new MMO is rumoured to be all sci-fi so 'Titan' may refer to a moon or planet, and not the mythical kind.