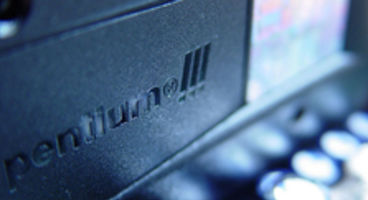 If that CPU chugging away in that tin box of yours doesn't support the "SSE2 instruction set" then you can't play EVE Online anymore warn developer CCP.

This 'line in the sand' will hit about 0.3 percent of the EVE Online user base as approximately 1040 players have these older generations of CPU. "CPUs that don't support the SSE2 instruction set will not be able to run EVE Online after the Incursion 1.1.0 deployment on Tuesday, January 18, 2011," declared Icelandic developer CCP.

"This will cause players still using Intel Pentium 3 or AMD Athlon XP or older CPUs not to be able to run the EVE Online client. Athlon 64 CPUs are not affected." They discovered that a very rare glitch that kept cropping up was related to the SSE2 (Streaming SIMD Extensions 2) mechanic, which was introduced from Intel Pentium 4 onwards.

"We've looked at hardware trend reports and the general status of the market and this obsolete generation of CPUs in desktop computers and gaming rigs is nearly extinct. We estimate that around 0.3 per cent of the playerbase will be affected," they added.

"We have, therefore, decided to not let this block the deployment of Incursion 1.1.0."

"An info message that pops up when you start the client on a non-SSE2 capable machine has been added for clarification. We urge everyone who encounters this specific error to submit a petition to our customer support department," they continued.

You can't stop progress - Pentium 4's are cheap as dirt anyway so a little upgrade wouldn't be too burdening. Incursion is a run up to this summer's Incarna update which adds Walking In Stations. Are you a proud rust bucket gamer?