The new expansion for an "older" Total War game that Creative Assembly announced below will be for Total War: Rome II, as we suggested. Apart from the recent Total War: Warhammer games Rome II is still most-played Total War games on Steam, so it certainly makes sense.

Creative Assembly and SEGA strictly speaking have not announced it yet, but have instead shown off a brief video of the Total War: Rome II logo cracking, along with the cryptic words below:

"Is this the end of the Empire?... Or just the beginning…"

We would suggest that the expansion could be dealing with the Fall of the Roman Empire around the 4th and 5th Centuries, or at least pre-Attila The Hun, but we'll certainly have more information as it happens.

With Total War: Warhammer 2 now out and the combined Mortal Empires campaign released, Creative Assembly have started talking about the historical Total War games they have in production alongside Total War Warhammer 3. Will one of these be the long-awaited Total War: China?

Creative Assembly posted an interview on their website with details about the next three historical Total War games. They talked about the Saga game in development, more focused titles based on previous games in the series in specific points in history, that developer Jack compares to Fall of the Samurai, the expansion for Total War: Shogun 2.

Speaking of which, they also announced they were working on a brand new expansion for one of their "older" Total War games, "probably the biggest historical one CA’s done" which will release alongside a new update for the game. If we were to guess it's most likely for Total War: Rome II (the most played historical Total War game on Steam right now), although Shogun 2 is also a possibility as that is also very popular.

Most importantly they talked about the new Total War title set in "a brand new era", and Game Director Janos Gaspar had this to say:

"A brand new era brings a completely different look and feel to this Total War game... There are plenty of eras Total War’s not been to yet, so I wouldn’t say that 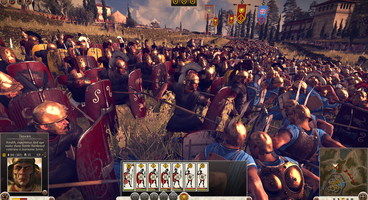 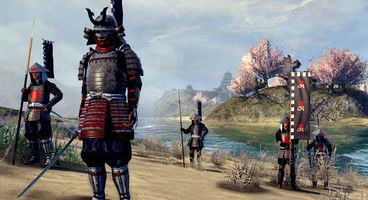 By far the most popular suggestion for a Total War game is the Empire of China. Total War: China has been on the cards for a while now, boasting as it does a fascinating period of history where the feuding states need to be brought together into an Empire, so we'll be shocked if the new game isn't that since it's perfect for Total War.

Nevertheless we strongly suspect that Total War: Warhammer 3 will be next on the cards, probably next year, and that will be set in the East too according to our investigation, albeit the East of the Warhammer fantasy world.

We'll have more on all these Total War games as details get announced.