The Sonic Forces Launch Trailer Is Live, And It's Half As Long As Those Tiny Demo Stages 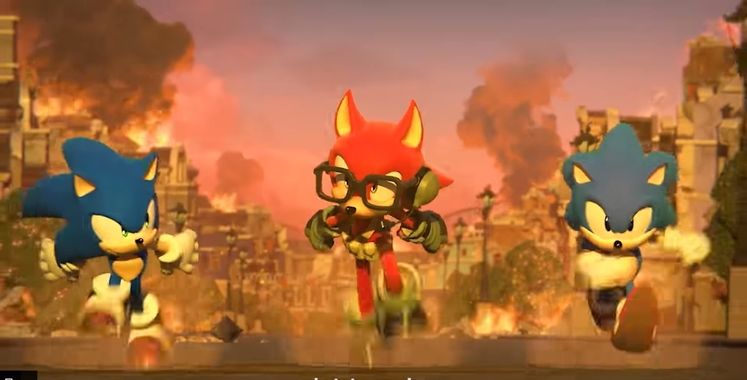 It's normal to forget about one title or another this far into the gaming year. We're reaching the holiday period were the AAA runs rife. But shortly after this particularly impressive week of releases, there's Sonic Forces. And its launch trailer just came out way before its November 7 shelf date.

In light of Sonic Mania, Sonic Forces hasn't been spoken of too well. It's sure to find its usual die-hard Sonic fanbase just fine, but the success of the 2D throwback that is Sonic Mania only seems to have split the fans further apart.

The trailer hasn't actually shown up on the official Sonic the Hedgehog YouTube channel at the time of writing, but Koch Media Italy - who presumably play a part in publishing the game over there - has it available for all. It's fully voiced in English with Italian subtitles, so it might as well just be available worldwide.

Digging Through Its Japanese Website, Fans Are Speculating About Additional Sonic Forces DLC

At 30 seconds long, however, it's half the size of even the game's tiny demo that Nintendo Switch owners with a Japanese account managed to pick up earlier this week. It hits the main points, of course, but we usually expect these things to be a little more cinematic. Instead, we just get to hear Knuckles rally an army in a bid to save their planet against Eggman - again.

It's blue, red and pretty moody, but focuses almost exclusively on quick bursts of gameplay shots; from Modern Sonic, Classic Sonic and the new Avatar mode. And yes, Green Hill Zone will be your first port of call. The verdicts will fly before the November 7 release, no doubt.