Assassin's Creed has always plumbed the depths of history for interesting vistas. The challenge to integrate these iconic sites have led to the digital restorations of dozens of famous locations from the Dome of the Rock in Jerusalem, to the Great Pyramid of Giza. These sites tie the game world to our own in a very real way - even if the surrounding areas are built for gameplay first.

Almost all the included history is climbable and can give a player a unique viewpoint that can't be gotten from just visiting the sites today. In 2019, Ubisoft released Assassin's Creed Unity for free in the aftermath of the fire of Notre-Dame, letting people experience the medieval marvel to help raise funds for its repair. 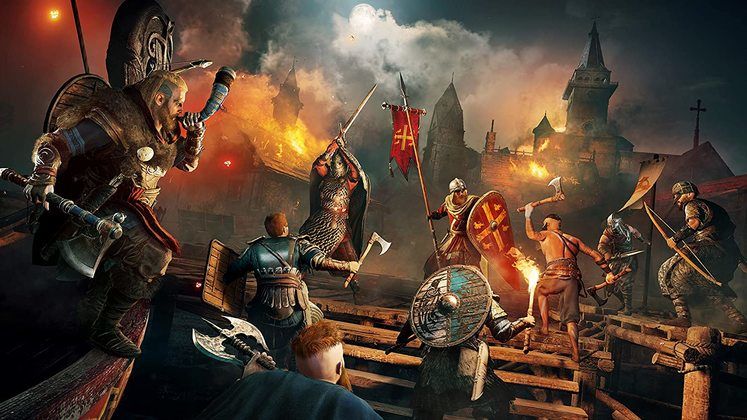 Creative Director Ashraf Ismail has been responding to questions on Twitter since the initial announcement of Valhalla, and when asked "Can we visit Stonehenge?" he replied, "oh, can you ever!" Judging by the past games, this means we will probably see the standing stones in all their glory and are likely to have something to collect when scrambling over them.

If we consider the time period, we can also expect to see various historical monasteries and castles playing a role in the main quest. One of the first Norse raids occurred on the Holy Island of Lindisfarne where they razed the priory to the ground and we're hoping we have similar raids in the game.

Ubisoft has confirmed that they they will show an Assassin's Creed Valhalla gameplay trailer during today's Inside Xbox's First Look Xbox Series X. We'll keep our eyes glued to the screen and update this article with any old sites we see.