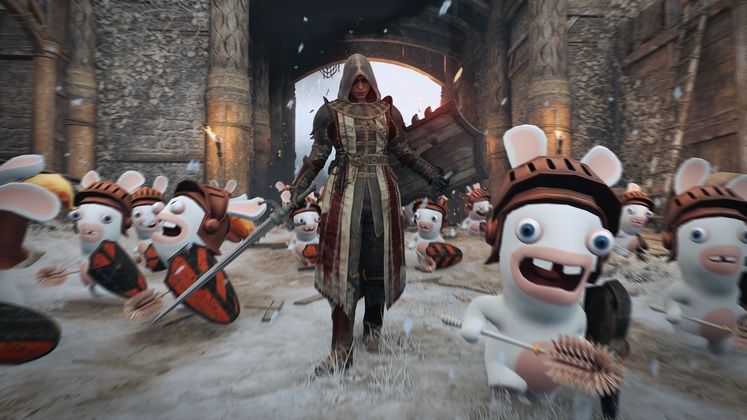 If you plan on dipping into Ubisoft's medieval-inspired multiplayer brawler at some point today, you'll be greeted by scenery that's slightly different to what you're used to. That's thanks to the For Honor Special April Fools’ Day event, which is already underway, and sees Rabbids taking the place of regular units.

The For Honor Rabbids are, however, only sticking around for 24 hours. Thus, you'll have to be quick and hop into For Honor prior to April 12 at 12 AM Eastern Time, to take part in the madness. 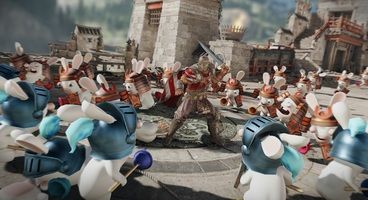 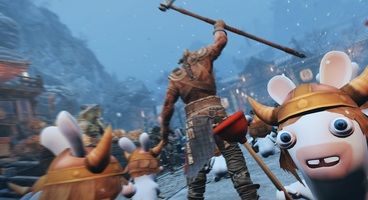 Loveable, loud and not exactly bright, the For Honor Rabbids are taking the event about as seriously as you'd expect, bringing their trademark plungers and toilet scrubbers to a fight that largely involves a variety of lethal sharp and blunt objects.

Logging in during the For Honor Special April Fools’ Day event will also get you a free melee pack.

For Honor is currently in its third year of post-launch support. Dubbed the Year of the Harbinger, the For Honor Special April Fools’ Day event is just one of several events that are part of the planned content coming to Ubisoft's online brawler.