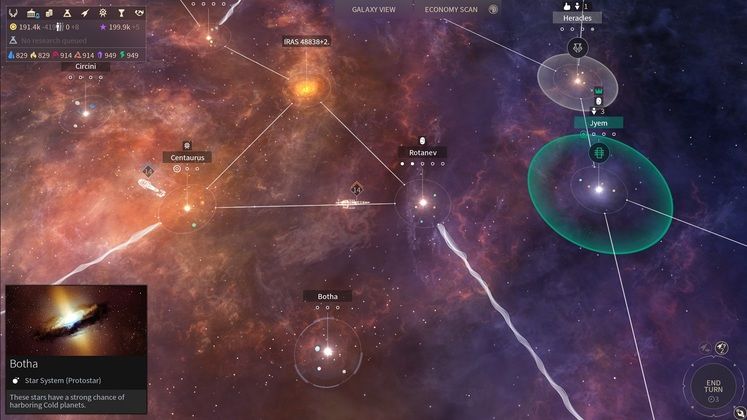 The beauty of the best 4X strategy games on PC is likely obvious to anyone who considers themselves a fan; here’s a genre so utterly replayable, so thoroughly compelling that you’ll find yourself chalking up hours upon hours of playtime before you’ve even realised. It’s admittedly fairly restricted in its themes – you’ll get galactical, historical or fantastical – but that core gameplay of having to expand, explore, exploit and exterminate can be very absorbing.

Newcomers to the genre might not know where to start and, in that sense, you’ll likely want to pick something a tad more accessible – like Civilization 5 – since these games can often be crammed full of intricate systems that’ll take some time to learn. Genre veterans, however, might finally want to put aside their fleet of carefully designed spaceships in search of something new. Our list of the best 4X strategy games on PC will have something for everyone – new or old. 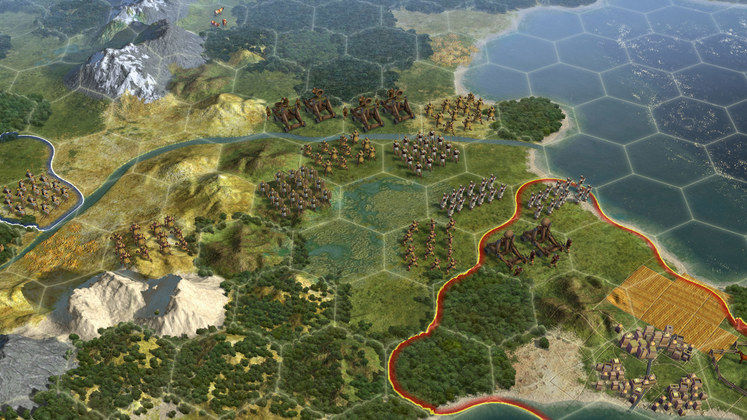 Let’s face it, you knew this was going to be on the list - might as well get it out of the way first, right? It’s a series that has been going strong for years, practically dominating the 4X genre each time a new entry into the franchise is released. With Civ 5 the series became perhaps the most accessible it’s ever been, but not at the loss of that underlying depth. Hex-based combat was perhaps the most significant change, bringing with it much more strategic battles than ever before - which, admittedly, previously amounted to stacking a bunch of horsemen into a single square and marching them into a city. There are faults - in particular the ropey political system - but at this point, it’s in so many Steam sales you’ll likely spend very little for the hundreds of hours you’ll end up putting into it. 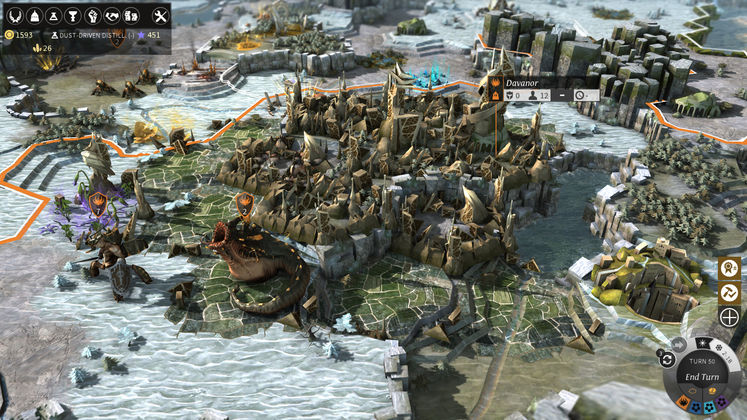 Though it may look like a Civilization clone, Endless Legend is actually a pretty fresh take on the 4X genre. The fantastical elements (expect to see giant sand worms and hulking ogres) certainly help it stand out, but it’s the unique approach to region control that really makes it feel new. Ordinarily, in 4X strategy games you’ll want to rush out as many cities as possible in a bid to gobble up all the resources, but with Endless Legend it’s better to be more methodical about it to better maximise the efficiency of any particular region. The fact that each faction has unique identities - from the units you can use to even the quests you’re given to complete – means that you’ll have a much broader sense of replayability than the likes of Civilization too.

Here’s another reputed name in the 4X genre, but one that had quite a number of years since its previous release. GalCiv 3 is a better, more traditional option for those who prefer a sci-fi setting over a typically grounded, Earth-like romp. But more than anything else it’s a fantastic 4X game in its own right. But what is most exciting about this game is the option to customise your own fleet of spaceships, kitting them out with an array of weaponry and upgrades to tweak your ships to your liking. There’s a massive sandbox experience here too, with up to 100 opponents in a sprawling galaxy for you to take on. 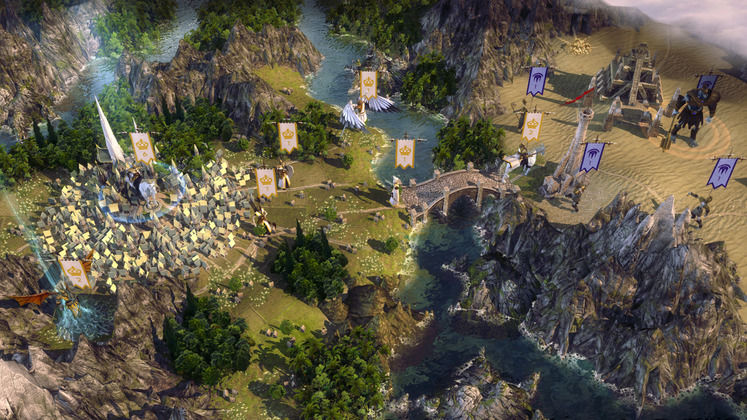 Taking its cues from the Heroes Of Might & Magic breed of 4X, Age Of Wonders 3 blends a robust city management system with deep, tactical, hex-based combat. It relies quite heavily on the latter, in fact, so it’s just as well that this aspect of the game really stands out. Production is important for managing the forces you can take into battle, naturally, but the increasing tiers of units - each with their own unique attributes and advantages - means there’s a great level of strategy involved with most major confrontations. While the Heroes Of Might & Magic series hasn’t arguably been as important since the third one, Age Of Wonders 3 does enough to recreate that very particular style of 4X. 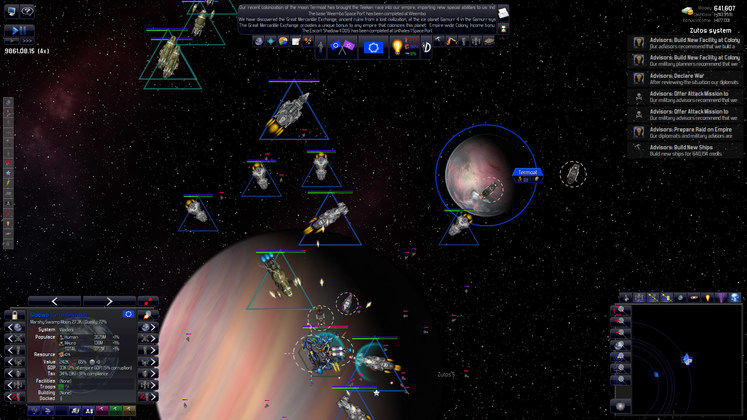 The barrier to entry on this game is pretty high, if not for the very basic graphics then for the incredibly steep learning curve. However, give it the time it deserves to understand the intricacies and you’ll find Distant Worlds to be one of the deepest, most enriching 4X games out there. You’ll have a huge universe to conquer (if that’s how you want to play it), a vast selection of customisable spaceships and stations and – something of a rarity in the 4X genre – a compelling economy system that is surprisingly entertaining to build up and maintain. It won’t win awards for how it looks – at all – but if you’re after something extremely rich in gameplay complexity then this is a game to check out. 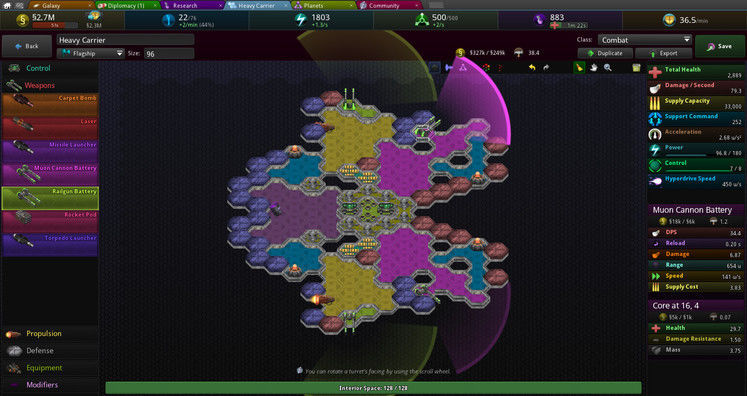 Star Ruler 2 opts for real-time gameplay here, but don’t let that put you off - the 4X mechanics here are incredibly rich. The political game, for example, is incredibly well implemented, giving a greater sense of achievement when dealing with other factions. The economy elements, too, are surprisingly complex, relying on you to carefully cultivate a planet for its most potential. Then there’s the ship building, which has you painting a hex-grid for its armour, weapons, and even the internal areas too - it’s not overtly complicated, so it’s easy to learn and use but maintains the necessary complexity. 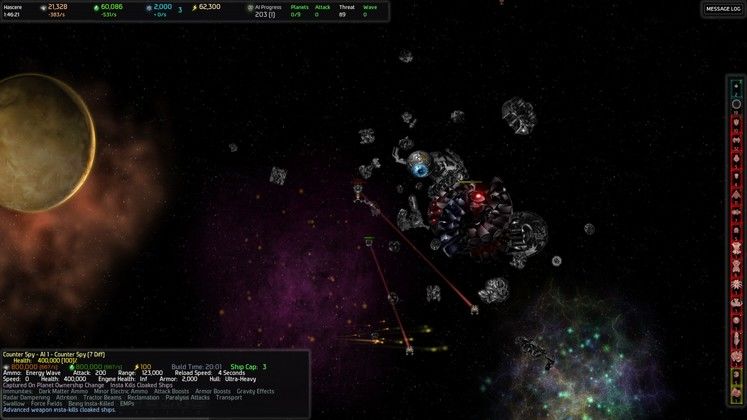 Okay, so AI War is a little old now but it’s been receiving additional DLC updates for years keeping it relevant - not that it needs help to do that, because the idea alone is so fresh and novel that until a direct sequel you probably won’t play another 4X game like it. Admittedly the graphics won’t win you over and in terms of 4X systems there’s not all that much to get into, but instead of building up an impressive economy, gathering up vast resources, or persuading opponents with your political prowess the focus is on massive, thousand-strong fleets of ships as you explore, expand and - ultimately - eliminate the powerful AI forces looking to wipe you out. It doesn’t have much in the way of complexity, but each game is persistently compelling and rewarding as you gain ever more power. It’s pretty cheap, too, so well worth a consideration. 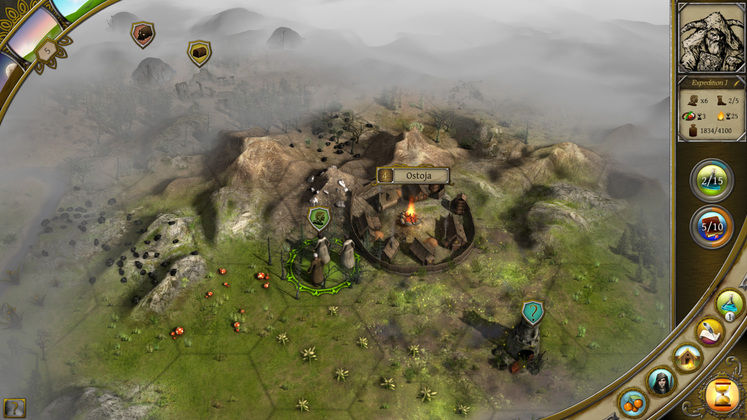 Here’s a tricky one, since Thea doesn’t actually fulfill the criteria to be counted as ‘4X’ - its ‘expand’ feature is severely limited. But it’s an interesting one all the same; the Slavic mythology gives it a unique atmosphere and world, but what is most different is the heavy emphasis on crafting. In this sense, Thea is a little more RPG-focused than other typical 4X games, but because of that alone it has its own identity that makes it a good choice for genre fans looking for something different. Everything ties into the resource gathering and crafting system, from the tech tree that unlocks new resources to construct from to the simple but involving card-based combat - which, if successful, rewards you with materials you will need. It requires a lot of micromanagement and in that sense, it can be quite slow-paced, but it’s definitely got something different about it if you’re after something new. 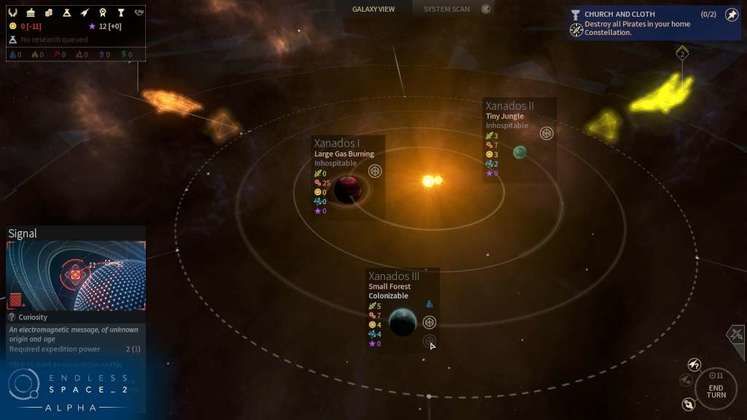 While Endless Space was a surprise hit from developer Amplitude Studios, cementing them as a highly-skilled creator of 4X games, further reinforced by Endless Legend, it was the sequel to their debut title that truly secured them a spot among the greats of the genre. Endless Space 2 improved on the previous game in every conceivable way, and thus also surpassing most of the competition. Its greatness doesn't stem from any single source, but as a gestalt, it's one of the best, most in-depth and well-crafted sci-fi 4X strategy games out there. 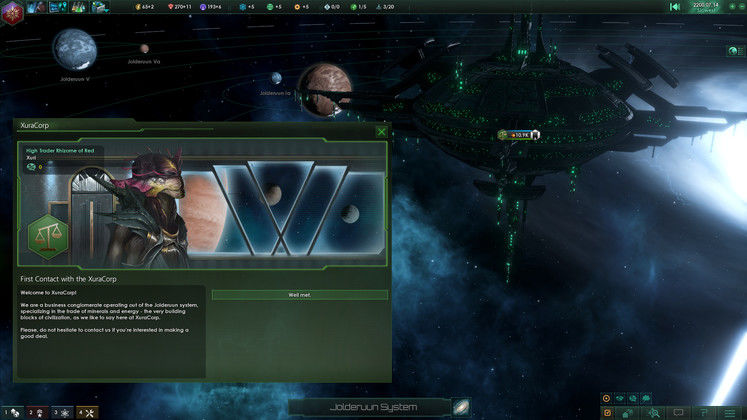 Paradox, the guys behind the legendary Crusader Kings and Europa Universalis games donned their spacesuits with Stellaris. A huge game with a healthy dose of DLC to expand its content even further likes doing things big, including Dyson spheres and enormous space-faring predatorial animals. Stellars stands out from the crowd by virtue of scale, taking everything to the next level in size. Empires, wars, and as mentioned above, animals are cranked up beyond the maximum. 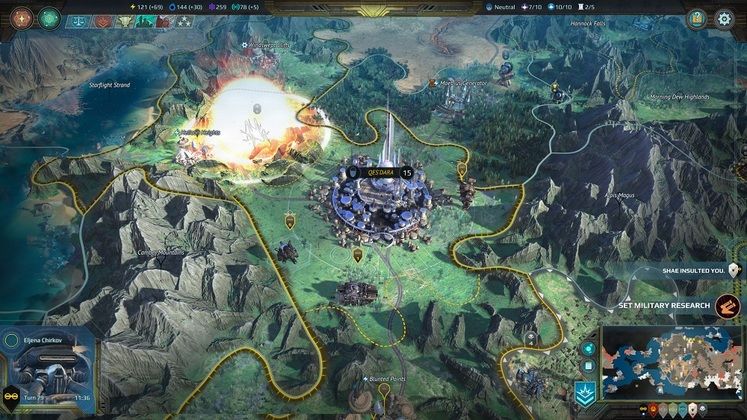 When Triumph Studios announced that Age of Wonders: Planetfall would shift the series to a sci-fi setting, fans of the old games were a bit skeptical. But as soon as it was released, it became clear that the game could easily carve its own spot among the greats. From its gorgeous maps, to its notably different factions and different technologies they can employ to achieve victory, managing your budding empire is a treat. Customizable commanders let you shift between different roles and its turn-based battles, while not perfect at launch, have been gradually improved.

Which titles would make your list of the best 4X strategy games on PC? Let us know in the comments below and, perhaps, we will uncover some hidden gems that we missed.