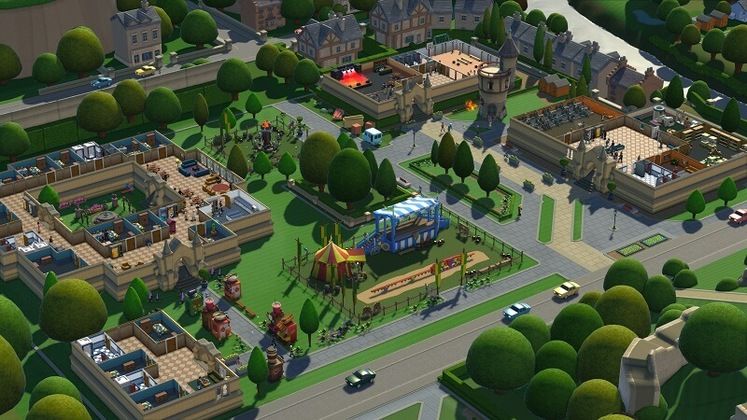 Two Point Campus, the sequel to popular hospital management sim Two Point Hospital, is a real video game in which you can make less real, but nonetheless tasty, giant pizzas and also build your very own university.

Publisher Sega and developer Two Point Studios unveiled the upcoming title today, while sharing the first details about what we can expect from our next visit to Two Point County. 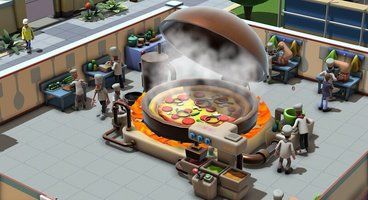 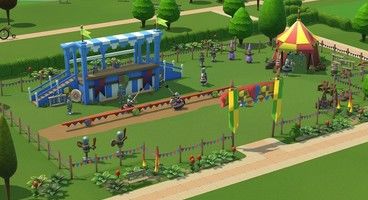 "For the first time, build in the great outdoors as you develop your very own campus grounds, buildings, and surroundings. Lay down dorms, pathways, hedgerows and more with new easy-to-use creative tools. The only limit is your imagination (and your in-game bank balance)," reads an emailed press release.

Two Point Campus's assortment of courses includes Knight School, which teaches jousting or the noble art of chivalry, and Gastronomy, which gives your students the skills necessary to cook the aforementioned giant pizzas and bake huge cakes and pies.

You'll also need to look after your students, take into account their personalities, and make sure that all of their wants and needs are met. This includes giving them the opportunity to make friends and develop relationships, but also take some time off from studying and practice sports, join societies, or go to gigs.

Two Point Campus aims to be a "charming, accessible, and deep management sim" and does sound like it'll follow in the footsteps of Two Point Hospital while doing its own thing. We'll get to play it at some point next year, when it launches on PC and consoles simultaneously.