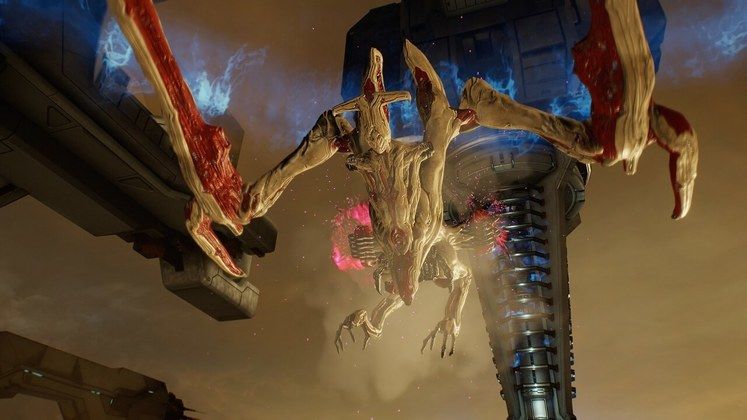 The Ropalolyst is one of Warframe's many special Sentient boss encounters, and it just so happens to be one of the game's better boss fights. If you're struggling or intimidated by the fight, this guide will help.

Warframe Ropalolyst kill requires a bit more finesse than you'd expect, and will have you leaping across infinite chasms to finally drive a stake through its... not heart, but whatever else it might have. The only way to farm the Wisp Warframe is to kill Ropalolyst, so how do you do that?

How to kill Ropalolyst in Warframe?

The Ropalolyst - colloquially known as the Flydolon due to it being a fragment of the same planet-killer Sentient that shattered into PoE's Eidolon ghosts - can fly. This is a problem, for obvious reasons, and you can't kill the damned thing before you take out its flight capabilities.

In short, here's the procedure in several easy-to-follow steps:

Keep in mind that the fight is peppered with cool animation sequences, making the Flydolon the most cinematic boss we've ever had in Warframe. It might take a while until you get into the groove, but it's not as bothersome as it might first seem.

For example, the Ropalolyst is way easier and less cumbersome than the Profit Taker, and Warframe's latest update made sure that the fight is in a fairly polished state. A great encounter in one of the best F2P games on the market.