The Grand Theft Auto: The Trilogy - The Definitive Edition system requirements will let you enjoy the remastered versions of all three games even if you have an older PC.

As Grand Theft Auto: Vice City Prepares For Its 15th Anniversary, We Notice Just How Small It Actually Was

October 27, also known as the release of two high-profile video games this year, marks the 15th anniversary of Grand Theft Auto: Vice City. In retrospect, it really wasn't as big as we remember. 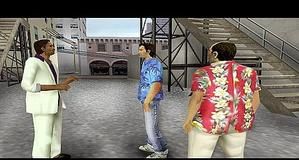