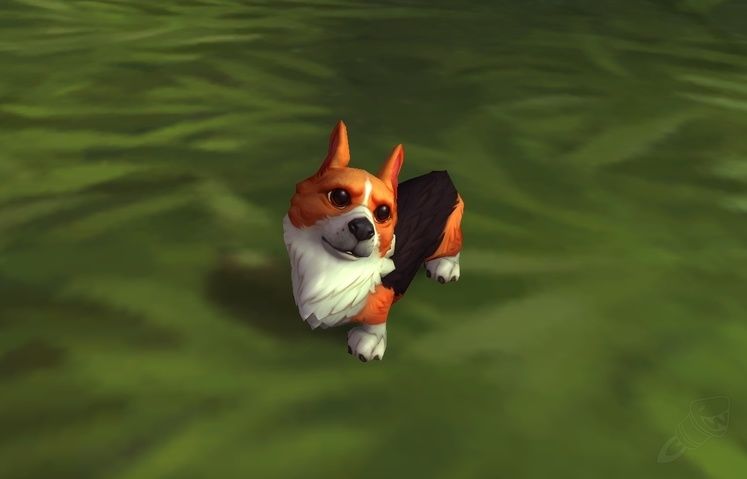 It isn't the first time Blizzard has celebrated with the Queen's choice of breed, and they're out to do it again as they're giving away in-game Corgi pets to mark World of Warcraft's 12th anniversary.

Looking less molten than the 10th anniversary pup, the regular-flavor Corgi of 2016 is available to all those who log-in between now and November 30.

Completely viable as a battle pet, there isn't much research to go off when it comes to the viability of having a Corgi fight your battles. While the short-legged pooch might look relatively harmless, it's down to the fans to see whether the wide-eyed canine can put its tiny jaws to use in the field.

Logging in during the allotted time won't just earn you a new canine companion, but an exclusive, obviously time-sensitive, 12th anniversary achievement. You'll also nab 200 EXP boosting Timewarped Badges and have the chance to pit your Warcraft knowledge against Historian Llore or Ju'pe to grab a few more treats during the festivities.

There's also a brand new 'Letter from the Timewalkers' pick-up to find that'll lead you to an interesting trip down memory lane. You'll also be able to buy previous anniversary items from your faction's Historian, too.