There's A New Overwatch Comic Tomorrow Based Around Roadhog And Junkertown - But Will We See The Junker Queen? 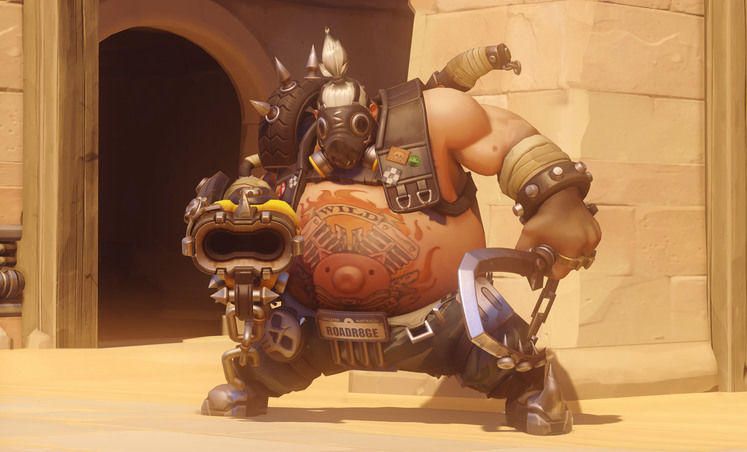 With Mei stealing most of the Gamescom spotlight this year, Junkrat and Roadhog got their mention with the new Junkertown map. And, according to Blizzard, we'll be seeing a flatter version of it tomorrow as they ready the latest Overwatch comic.

Issue 3 saw the destructive duo set up by a 'suit' during the Omnic crisis in Australia. Narrowly escaping death that time around, likely thanks to Junkrat being his usual bombastic self, Roadhog is going solo back to Junkertown - a camp where killers and theifs call home.

Titled 'Wasteland', the short comic sequence looks to expand the Overwatch lore like many have in the past. While we can imagine the majority of players jump into the shooter with little appreciation for the lore behind it all, others see the comics and animation shorts as something arguably better than the game itself. If you're not into the action of playing the game, there's still plenty of character behind the scenes.

Typically around 10 pages long and shared for free through the Blizzard website, they teased tomorrow's issue with a single-page excerpt showing Roadhog's return to the sketchy outpost in the Australian Outback. Now that his hook isn't magically traversing through walls, he's having to use the door like everyone else. But that doesn't stop the guy from making a big entrance.

With fans catching a glimpse of yet another hint-filled poster in the Junkertown map preview last month, bets are placed in anticipation of tomorrow's comic explaining - or at least showing - the so-called Junker Queen. Is she related to Junkrat in any way? She sure looks it.

Want to see that first page? You'll have to head over here.