id Software has no plans for Doom single-player DLC 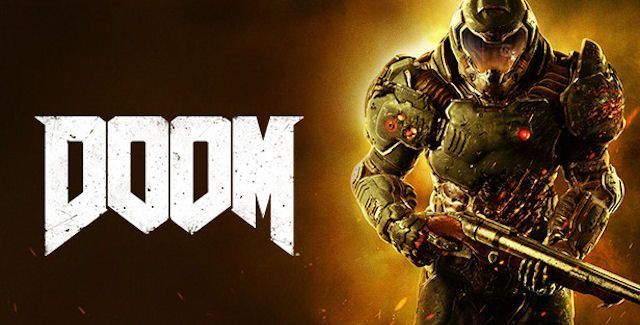 Despite winning our Game of the Year 2016 award (well, in my mind) for its wonderful, addictive single-player campaign, 2016's Doom from id Software and Bethesda has to this date not received any release or even hint of single-player story DLC for the game. There was multiplayer DLC, which was good but obviously didn't sell too well since as the recent 6.66 update all the DLC went free. Unfortunately our hopes of a story expansion for Doom were quashed at QuakeCon as id Software revealed that "campaign DLC for Doom isn't on the table right now". More details below.

We played Quake Champions as the Doom Marine! Check out us losing, hard!

PCGamesN chatted with Marty Stratton, one of the directors on Doom, at QuakeCon and asked him about the possibility (and lack of) Doom single-player DLC, and why despite everyone being such a fan of the story it hadn't happened. He replied:

"“I can't really talk too much about it, but campaign DLC for Doom isn't on the table right now. We know that way, there's a lot of us internally that feel the same way, so we know how important it is, and we want to make fans like you happy. So, as soon as we get down a path on something that we can talk about, we definitely will."

While Marty certainly didn't want to rule out the possibility of a single-player expansion for Doom, the mere fact that it's now a year later and nothing is even planned in terms of campaign content so far doesn't inspire much hope. Most likely the team is hard at work on the next game, Doom II or whatever, which is probably why the multiplayer DLC was made available to everyone for free. 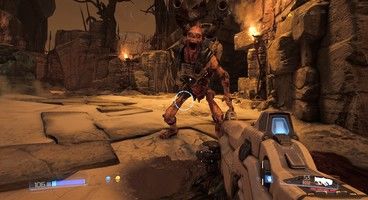 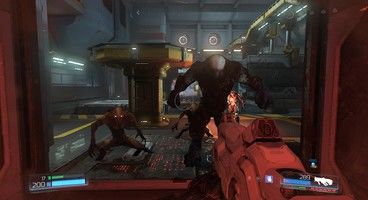 id Software is working on at least one piece of offline Doom content - Doom VFR, the virtual reality experience, which seems to be an original new game with a new protagonist. You can see the trailer below, and Doom VFR will be out December 1. Why this couldn't have been adapted as a proper non-VR single-player expansion is beyond us. At least the SnapMap level creation options for Doom are still live, and players have made a lot of cool content for the game so if you want further single-player Doom

We certainly can't be anything but disappointed that such as great, unique, popular FPS such as Doom 2016 failed to get an expansion, making it the only id Software campaign ever not to get a single-player expansion. Yes, even Rage did, with the pretty good The Scorchers DLC. Oh well, guess will have to play user maps until Wolfenstein II: The New Colossus comes out.