Warframe Synthesis Scanner - How does it work? 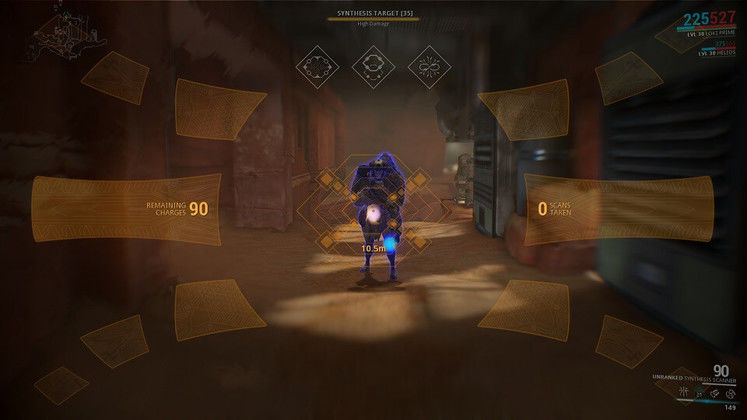 Synthesis Scanner is a special targeting tool in Warframe that allows users to see enemies through walls, measure distances from one point to another, and synthesize various types of DNA for various purposes.

The Synthesis Scanner can be purchased off Cephalon Simaris in batches of 25, but through its variety of upgrades, you can also unlock infinite charges for the scanner if you're clever with your investments. We'll go into more details below. 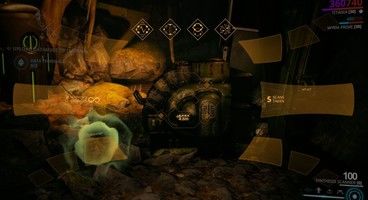 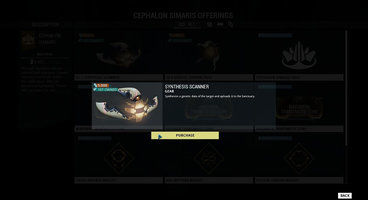 Synthesis Scanners are purchased off Cephalon Simaris: 5 000 Credits for 25 Scanners, and you can quickly reach the vendor if you load any Relay station and use the appropriate Fast Travel option. While the basic Synthesis Scanner will work fine at first, you will want to invest in some of its unique upgrade options.

We suggest investing into the Sol-Battery upgrade, as it will supply you with an infinite number of scans as soon as it's purchased.

Using the Synthesis Scanner is fairly simple: all you need to do is to equip said item to one of your Arsenal Gear slots and then call the Scanner up mid-game. Scan enemies by aiming at them with your Scanner pulled up, and then holding the 'fire' button. 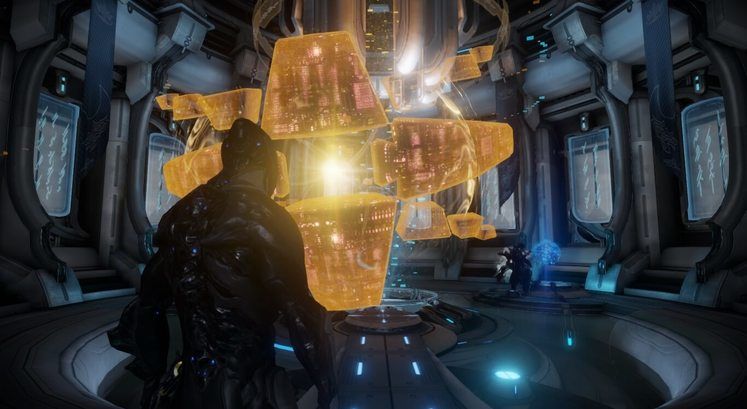 While you can earn Simaris Standing simply by scanning anything and everything you come across, we do have some tips on how to maximise your gains:

The first one is rather obvious, but the second one will max out your daily Standing cap in two to three missions, if you manage to stay undetected throught the mission. We suggest playing high-level Spy missions and avoiding killing enemies altogether. Do scan them, though, and you'll be swimming in Simaris Standing in no time. 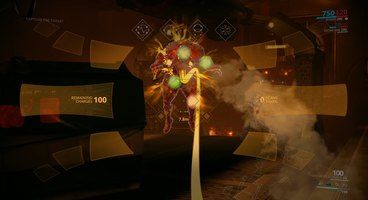 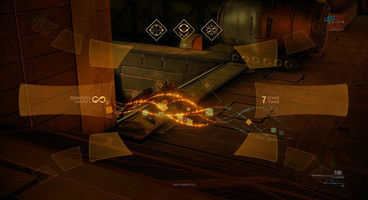 Synthesis Targets are special, extremely bulky enemy variants that Cephalon Simaris wishes to digitalise and study in his Sanctuary. To start hunting a Synthesis Target, just visit Simaris in the Relay and accept his daily Bounty mission, which will randomly pick an enemy for you to go on a hunt for.

The catch is that, if Simaris asks you to find Grineer Butchers, not just any Butcher will do. Instead, you first need to load a mission in which Butchers normally spawn (e. g. Saturn), and wait for Simaris to pop in. If he tells you that there's a Synthesis Target present in your mission, you can pull out your Synthesis Scanner and start looking for them.

As soon as you pull up your Synthesis Scanner interface, you'll notice energy wisps as depicted in the screenshot above. Follow these as they will lead you to the target.

When the target is located, you're going to have to scan all four of the blue energy spots visible via the Scanner UI. This is not easy while the Target is moving and running away, so you've got two options at your disposal:

Kinetic Siphon Traps are a Gear item also purchased from Simaris, and they capture and levitate Synthesis Targets for a short while, allowing you to scan them in peace. Use them same as you'd use a Scanner - simple as that.

We hope this guide helps you in farming more Simaris standing than you'd know what to do with, but this knowledge will also come handy while farming plant-matter for Silver Grove Specters. Your Synthesis Scanner will scan the plants easily, so you're free to completely ignore Codex Scanners. Happy hunting, and keep checking Game Watcher for more in-depth Warframe guides.