Four years have passed since the Balor Fomorian fleet of warships destroyed the majority of Relay stations in Warframe. Back then, there was a Relay for every major tileset in Warframe, before most of them got blown up by the Grineer. The game's latest event, the Pyrus Project, is here to right that wrong.

There had been talk of rebuilding these devastated space stations, of course, but the majority of us has been slightly blindsided by just how fast the event has arrived after the last substantial content update, Mask of the Revenant, which was released last week. 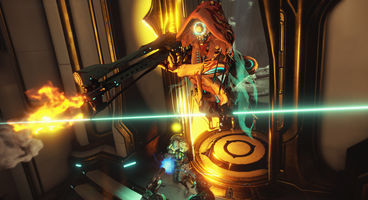 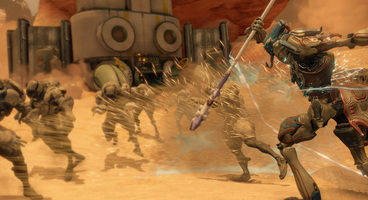 Starting today (30th of August), until the 13th of September, players will have the chance to put some effort into rebuilding the Strata Relay by completing four different tasks - each of which is crucial for the job at hand. These can be found by clicking on the leftmost icon of your world state window, with easily delineated farming spots and objectives.

Once all four of the tasks at hand are completed, players will be granted access to a rebuilt wing of the Strata Relay - created specifically to commemorate the aforementioned tragedy and serve as a new social space for Tenno across the system. Also, you'll get a snazzy Liset skin, a sawn-off variant of the Sybaris lever-action rifle - the Zylok, a lovely Ember noggle, and a Pistol Riven mod for completing the event.

Update 23.6.0 has also rebalanced some portions of the Revenant's skillset, as well as fixing swathes of bugs and issues, as is usual for Warframe's changelogs. The event itself is not very grindy, and should prove to be a bit of a treat for both newbies and veterans in the end.