Destiny 2 Ana Bray Location - Where to Find Her? 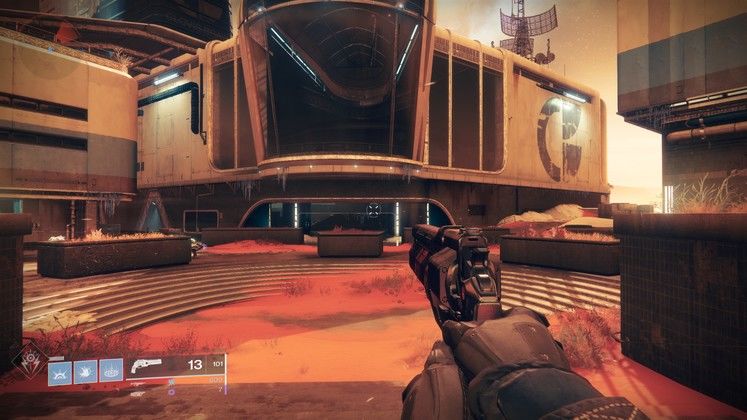 Destiny 2 offers a wealth of content and finding certain spots, like Ana Bray's location, can prove tricky to newcomers trying to figure it all out. Luckily, our guide is here to help you find the NPC.

Here's everything you need to know about where to find the Ana Bray location in Destiny 2, regardless if you're playing the free New Light or have just now jumped into Shadowkeep. 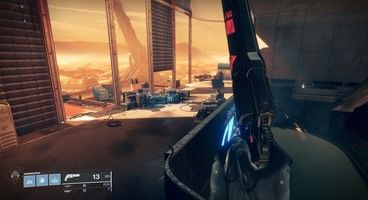 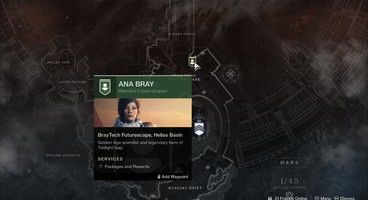 In order to head to Ana Bray's location, you'll need to tackle Destiny 2's Warmind DLC. The final DLC released during Year 1, it is now part of the free-to-play version of Destiny 2, New Light, so everyone has access to it.

In order to start the Warmind DLC, you'll need to go visit Amanda Holliday at the Tower. She's the lone NPC mark on the location's right side. The DLC takes you to Mars, which is where you'll find Ana Bray's location.

You'll likely need to play through a few missions in order for Ana Bray to take her spot at her usual location on Mars. Progressing through the DLC isn't particularly difficult and will uncover a small offering of Destiny 2 lore.

After you've progressed enough, fast-travel to the Braytech Futurescape landing zone, the northernmost of the two on Mars. You'll find yourself facing the building in the picture at the top. Walk forward and enter the building.

Once inside, go up the stairs and you'll have reached Ana Bray's location. Once she's there, she won't move around, so you don't have to go hunting for her in other Destiny 2 locations.

From her location in Braytech Futurescape, Ana Bray acts as any other destination vendor. She gives daily bounties, has gear to earn by turning in Seraphite, and is the go-to point for any Mars exotic or legendary loot that came with the Warmind DLC.

That's all you need to know about where to find Ana Bray's location in Destiny 2. Also check out our guides on the Blast Furnace, Deathbringer, and Eriana's Vow weapons. They'll come in handy if you're planning on visiting the Moon on Shadowkeep.

Destiny 2 is out now on PC, Xbox One and PS4. The PC version has moved from Battle.net to Steam with the release of Shadowkeep.