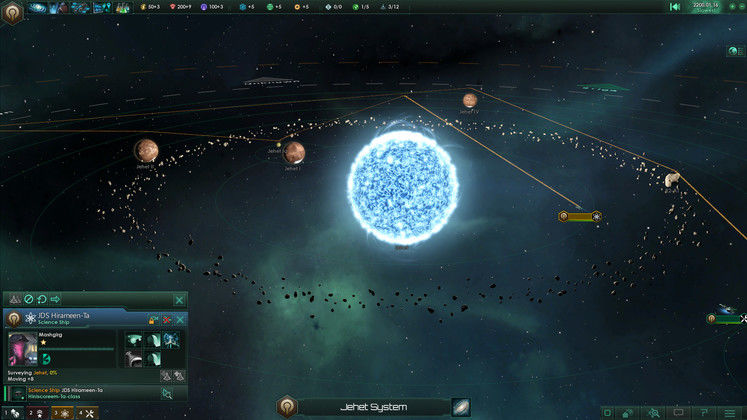 It's Thursday, which means it's time for another Stellaris dev diary. Like other Grand Strategy titles from Swedish publisher Paradox, the sci-fi real time strategy game changes a lot with each new update. Upcoming patch 1.9 -- nicknamed Cherryh -- is building up to be the biggest one so far, and it brings with it a host of changes.

The latest dev diary was supposed to be about ship balance and doomstacks, but half the team got sick and things weren't ready to show off yet. Instead, we got a brief look upon minor changes made to mostly well behaving gameplay systems. 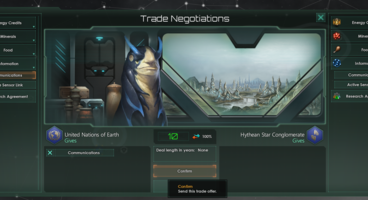 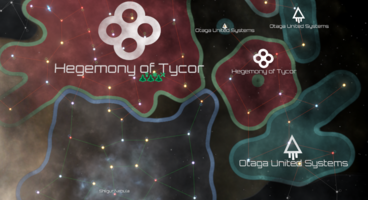 The first change are to Ascension Perks, late game options unlocked after a civilisation completes a tradition tree, and they reward the player with powerful bonuses. From mundane modifiers such as border range, terraforming, and naval capacity increases to game changing features such as megastructures and ethereal ascendance, Ascension Perks quite literally change the way we play the game.

Introduced in Utopia, the feature has been very well received but rarely touched, given its premium status and unavailibitly in the base game. Therefore, the Cherry patch will make Ascension Perks a core feature of the game and give every player access to basic choices, like terraforming or naval modifiers, but more advanced options like cybernetic upgrades, megastructures, and machine worlds will be exclusive to DLC owners. According to Game Director Martin Anward, this change will allow them to add new perks to the system without ignoring any portion of the playerbase.

The second change comes to the way surveyed systems behave. Previously, the player was unable to detect anomalies in systems belonging to other empires (as they can change a system's resources), and exchanging star charts could actively hamper your progress as you would lose opportunities to scan planets and stellar bodies. In order to rectify that, star charts trading was replaced with a "Communications" trade,

Acquiring Communications from an empire in a trade deal will automatically provide you with star charts of any system inside the borders of that empire, and will also put you in comms with any empires they have comms with that you do not. This will prevent players from wasting time sending a science ship to survey someone else's system, except for Fallen Empires -- unlike normal civilisations, their space will need to be surveyed manually and can even yield anomalies.

Lastly, a minor change comes in the fog of war (very awkwardly called "Terra Incognita" in the dev diary, as if this was a human Age of Sailing title instead of a enormous space epic). Previously, the fog of war was measured in a pixel-by-pixel basis, and could only be pushed back by sensor range and fleet movement. Now, it is based on which systems have been visited or contacted, preventing the map from looking like a grey washed out cotton ball and making it easier to see important galactic features such as nebulas.

Overall, patch 1.9 is shaping up to be a very big game changer. I'm not exactly pleased by how Stellaris is drifting from "expansive and unique sci-fi 4X" to "Europa Universalis in space", but guess we'll have to wait and see if those changes ultimately will improve or detract from the game.